Those looking for a vehicle that’s undoubtedly a crossover but performs just like any other car will definitely want to consider the 2018 Ford Escape. While a petite crossover is always a practical investment, for many it may not be a very exciting one. This is because many vehicles that fall into the compact-SUV bracket have been known to lose points for poor acceleration, uncomfortable handling and dull interiors. The Ford Escape has addressed many of these issues, and although there’s no way that we can call it the perfect crossover, there are plenty of reasons why it’s one of the company’s hottest selling workhorses. 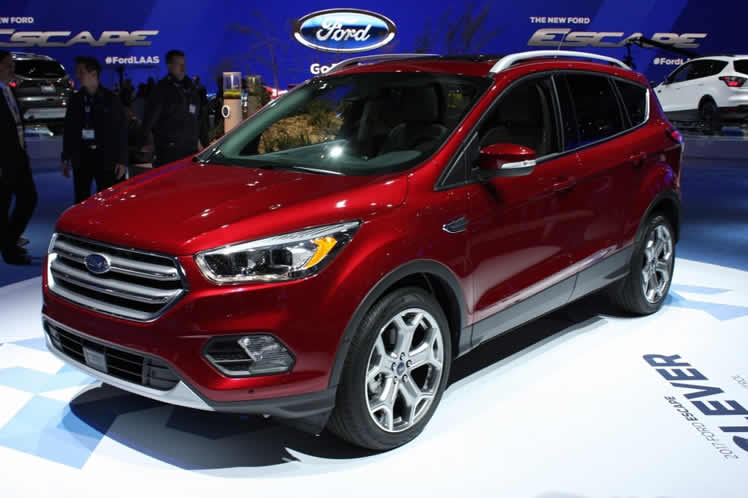 The majority of the Escape remains unchanged for 2018, but there are a few tweaks and equipment offerings that are definitely worth talking about. For example, there’s a new SEL trim that slots neatly somewhere between the mid-level SE and the top of the range Titanium. As standard, this trim comes with leather-trimmed seating, heated exterior mirrors, a power liftgate, an 8.0-inch touchscreen infotainment system, and LED running lights. In comparison to the previous SE model, there are heated cloth seats, roof rails and a perimeter alarm.

Those who fork out for the Titanium trim will benefit from a 245-hp turbocharged four-cylinder engine, self-parking technology, HID headlights, and navigation as standard. These were all optional features on 2017’s model, proving that vast improvements have been made.  At an extra cost, there’s also an available driver-assistance package that will give you select features such as blind-spot monitoring, rear cross-traffic alert, and adaptive cruise control.

Engines have not changed for the 2018 model, but the Escape still boasts two four-cylinder turbocharged engines with six-speed automatic transmissions. Prospective buyers should also be aware that the 245-hp turbocharged 2.0-liter engine, previously available in both SE and Titanium trims, is now restricted to the Titanium model (as standard).

It’s the 1.5-liter engine that comes as standard in SE and Titanium trims and it offers sufficient power for everyday driving. Yet, those looking for quick acceleration might want to look elsewhere as a front-wheel drive 1.5-liter engine Escape tends to take some time, 9.2 seconds to be exact, to reach from zero to 60mph. The 2.0-liter performs slightly better and feels a lot more relaxed during acceleration with more power for those tricky highway merges we’re all so familiar with. 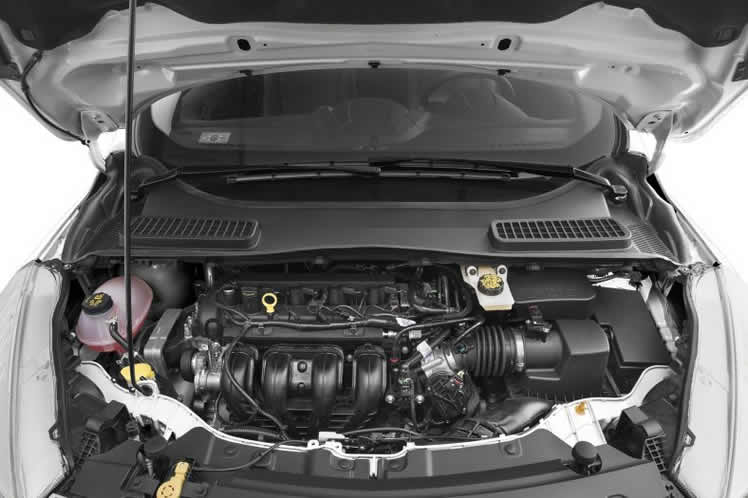 It’s no secret that Ford places a lot of emphasis on its EcoBoost engine brand and for that reason, buyers are probably expecting the Escape’s turbocharged engines to knock competitors out of the water when it comes to fuel economy. Although both turbocharged engines come with the standard stop-start system that shuts down the engine when the car is stationary, the engines tend to utilize turbocharge more than focusing on how to save fuel. Nevertheless, the 2018 front-drive models with 2.0-liter engine have decreased fuel-economy estimates by 1mpg across the board.

Driving the 2018 Escape is similar to its predecessor with an agile and responsive performance that makes it an enjoyable drive. While we’ve mentioned that the 1.5-liter engine takes an eye-watering 9.2 seconds to go from zero to 60mph, the 2.0-liter engine stands at the opposite end of the acceleration spectrum at 7.1 seconds. If quick acceleration is something that you need to tick off your list, the choice is clear.  With the Escape, light steering doesn’t necessarily mean that it’s sluggish. It has 0.85g of adhesion and an on-road feel that’s difficult to beat.

The interior has not been reimagined in any way for the 2018 model but some features now come as standard in the SE trim, and the new SEL trim comes with leather-trimmed front seats. What tends to be attractive with the Escape is that it comes in a range of interiors that suit every budget and taste. Base models have a spacious layout but offer none of the additional luxuries such as metallic trim, power-operated front seats, and leather trim that the pricier Titanium model possesses.

If you remember Ford’s European Kuga crossover, then you’re bound to recognize the interior of the Escape. It benefits from Euro-inspired materials and finishes as well as a list of optional amenities including a heated steering wheel and a memory driver’s seat.

Infotainment has been upgraded thanks to an upgrade to Ford’s Sync 3 system. This now encompasses an 8.0-inch touchscreen system with navigation as standard on both the new SEL and Titanium models, something that was an extra-cost option before this year. It’s also compatible with Apple CarPlay and Android Auto. 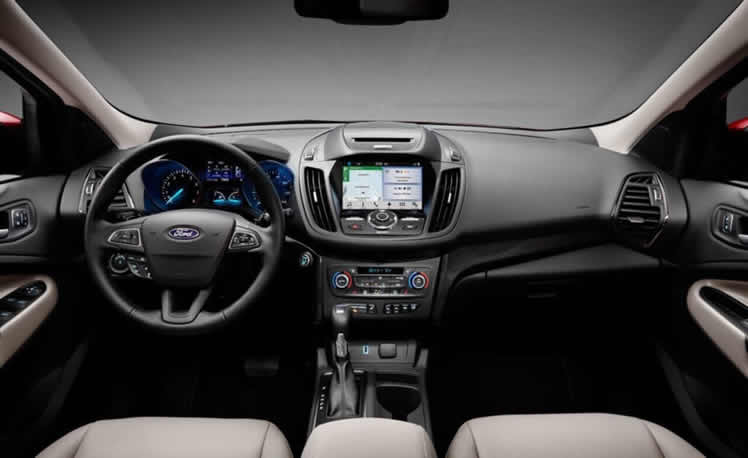 A refresh as recent as last year means that there’s not a lot extra going on with the exterior of the 2018 model. Some equipment does now come as standard in the three uppermost trim levels, though. SE models now boast a power liftgate, heated exterior mirrors, and roof rails and LED running lights are standard on the SEL trim with HID headlights on the Titanium model.

Those that are familiar with crossovers will know what we mean when we say that, regarding size, the Escape can be placed neatly between the Mitsubishi Outlander Sport and the Nissan Rogue. It comes in at around 5.5 feet tall meaning that it’s a comfortable height for passengers, but it’s not a size that would make it difficult to park by any means.

While safety ratings and the basic equipment stay the same for 2018’s model, some equipment is now standard in the upper trim levels. Opting for the new SEL trim will mean you’ll get rear parking sensors and the Titanium model has enhanced parking assistance as standard, saving you the extra cost you’d pay in the 2017 model.