Everything You Need to Know When Choosing a Hyundai | 2017

For 2017, there are many great Hyundai options. Check them all out so you can find the best new car Hyundai offers!

Discover All Your 2017 Hyundai Choices 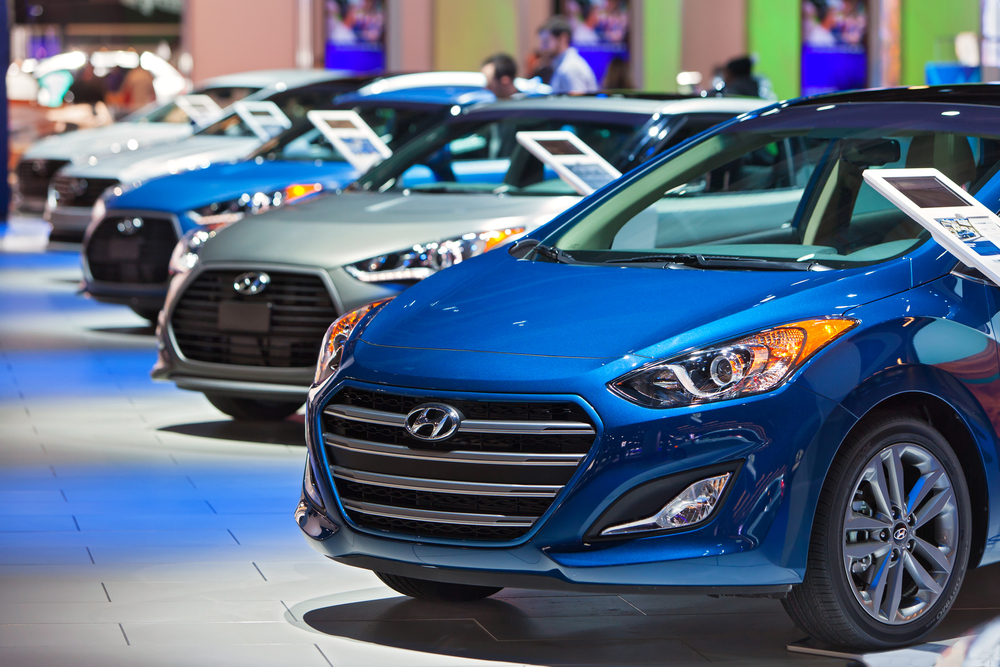 Get it right the very first time - take a look at some of the best and brightest of Hyundai's 2017 releases.

For 2017, the new car Hyundai Elanta comes in five trims: SE, Value Edition, Eco, Sport and Limited. The base is the SE, and it comes with five seats, 147 hp, a 1.4L turbocharged GDI engine with four cylinders, 147 hp, a satellite radio, power windows and door locks, and more. It also gets 26 mpg city and a stellar 38 mpg highway and starts at $17,150. For $20,250 or more, you can upgrade to the Value Edition, which has the same features as the SE but adds items such as a power driver seat, a power sunroof, and a 7-inch display with Android Auto and Apple CarPlay. Mileage dips slightly here to 28 mpg city and 37 mpg highway, but horsepower stays the same. Next is the Eco, which starts at $20,650. This model has a drop of horsepower to 128 but more than makes up for that with added features. The Eco has same display as the Value Edition but also comes with Lane Change Assist, a blind spot detection system with a rear cross-traffic alert, a rearview camera and more. If you are looking to save gas, the Eco may be the answer, as it is rated at 32 mpg city and 40 mpg for the highway.

For a bit more horsepower, there's the Sport, which starts at $21,650 and clocks in with 201 hp. This model has a 1.6L turbocharged GDI engine with four cylinders, a push-button start and many sports details on its exterior, and it gets an average of 26 mpg city and 33 mpg highway. Finally, there's the Limited, which is the luxury version of this vehicle. As with the SE and Value Edition, the Limited offers 147 hp, but it also comes with the 7-inch display with Apple CarPlay and Android Auto, heated front leather seats, a smart trunk and other upgrades. The Limited clocks in at $22,350 and more, and it gets 28 mpg city and 37 mpg on the highway.

The Tucson: The Compact SUV of New Model Hyundai Cars 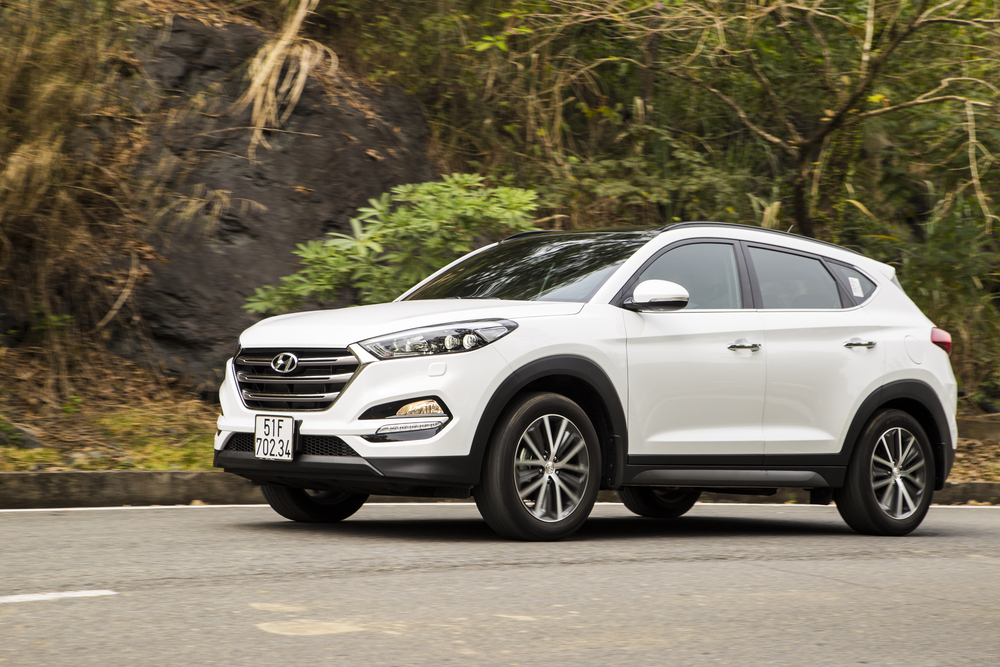 If you want a compact SUV that is still packed with features and has room for the entire family, take a look at the 2017 Tucson from the new model Hyundai cars. This SUV comes in four trims - the SE, Eco, Sports and Limited - and the new Hyundai car prices vary by trim type. The five-seater SE, with a price tag starting at $22,700, comes complete with a 5-inch touchscreen, rearview camera, satellite radio and a 2.0L GDI DOHC engine with four cylinders with 164 hp. Its mileage rating is a respectable 25 mpg city and 30 mpg highway. If you go to the Eco, which ranges from $25,900 and up, the engine is bumped to the 175hp 1.6L Turbo GDI DOHC engine with four cylinders. Because this is an Eco package, tech features like the touchscreen from the SE are removed, but you get better mileage in return, with a rating of 26 mpg city and 32 mpg highway, and a power seat for the driver. The next model, the Sport, features the same engine as the Eco but gets the mileage of the SE. However, state-of-the-art added tech features on this trim include Lane Change Assist, cross-traffic alert for the rear, a blind spot detection system and a hands-free lift gate, so you can open your cargo space by motion alone. Last but definitely not least is the Limited trim, clocking in at $29,775 and higher. This sleek model has the same engine, horsepower and mileage rating as the Sport and is a standout among the new cars from Hyundai, with an 8-inch touchscreen, leather seating, Infinity-branded audio, LED headlights and taillights, Apple CarPlay, Android Auto and more.

The Accent: A Compact for All Budgets 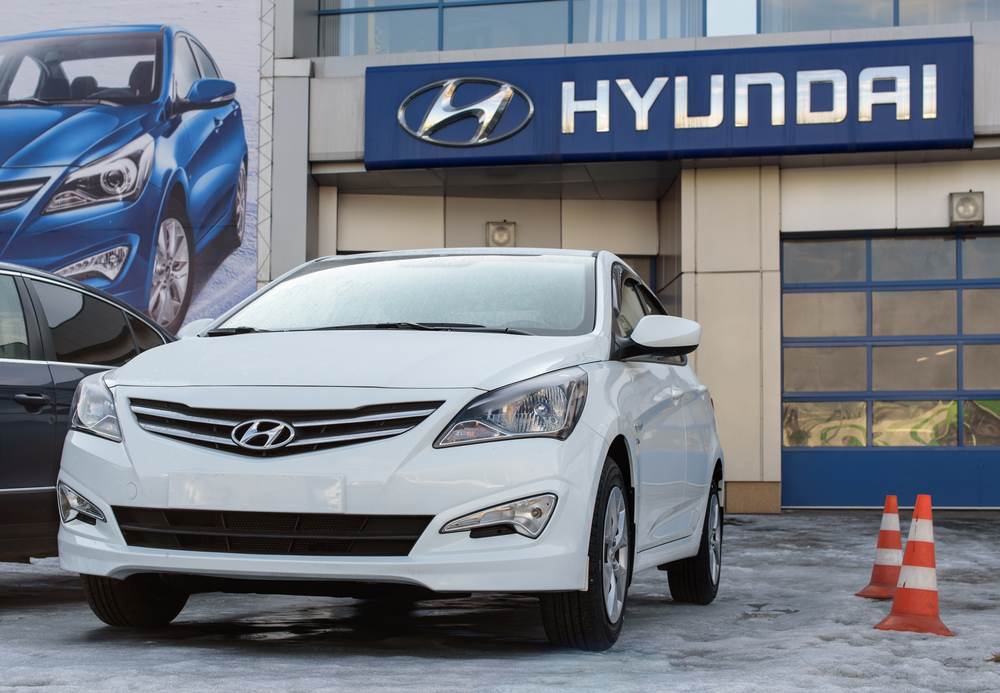 If new Hyundai prices are concerning you, you're in luck: the 2017 Accent is both packed with features and available at a great price. 2017 brings four trims for the Accent, namely the SE Sedan, the Value Sedan, the SE Hatchback and the Sport Hatchback. The right one for you will depend on your needs and your budget when it comes to the new Hyundai prices. The SE Sedan seats five, has a 137hp 1.6L DOHC engine with four cylinders, and gets 27 mpg city and 37 mpg highway. It comes complete with power windows and locks, 14-inch steel wheels and cruise control, and this model starts at just $14,745. If you're looking for a little more cargo space in your new cars from Hyundai final choice, take a look at the SE Hatchback. Starting at only $14,995, the SE Hatchback still seats five but has a little more storage space than the SE Sedan owing to its design. The engine and horsepower are the same for the SE Hatchback and the SE Sedan, but there is a slight decrease in mileage at 26 mpg city and 36 mpg highway. This model has 14-inch steel wheels, power windows and door locks, and a split-folding rear seat. If you're comfortable spending $17,495 or more, consider the Sport Hatchback, which has the engine and mileage of the SE Hatchback, along with some upgraded features. It has 16-inch alloy wheels, a Bluetooth phone system, projector headlights complete with LED accents, and even a rear spoiler for a sportier appearance. If you're looking for a ride with a bit more features that is still priced affordably, the Sport Hatchback may just the right choice for you, but keep in mind that all four Accent trims have something to offer.