Top 11 Cars to Help You Save Big at the Pump

Sales of electric vehicles are currently on the rise, but before these cars can dominate the market, they will need to vastly improve their driving ranges for each charge. Until electric vehicles can equal gasoline-powered cars in terms of functionality, you will want to find the cheapest cars to fuel. Here is a look at some of the best options on the market today.

With an estimated combined mpg of 56 from a 1.8-liter four-cylinder, the Toyota Prius Two Eco has the highest mpg available in the US excluding electric cars. All of the Prius options have recently received IIHS Top Safety Pick+ ratings, so they are remarkably safe. More details on the different Prius models can be found at the Toyota website. 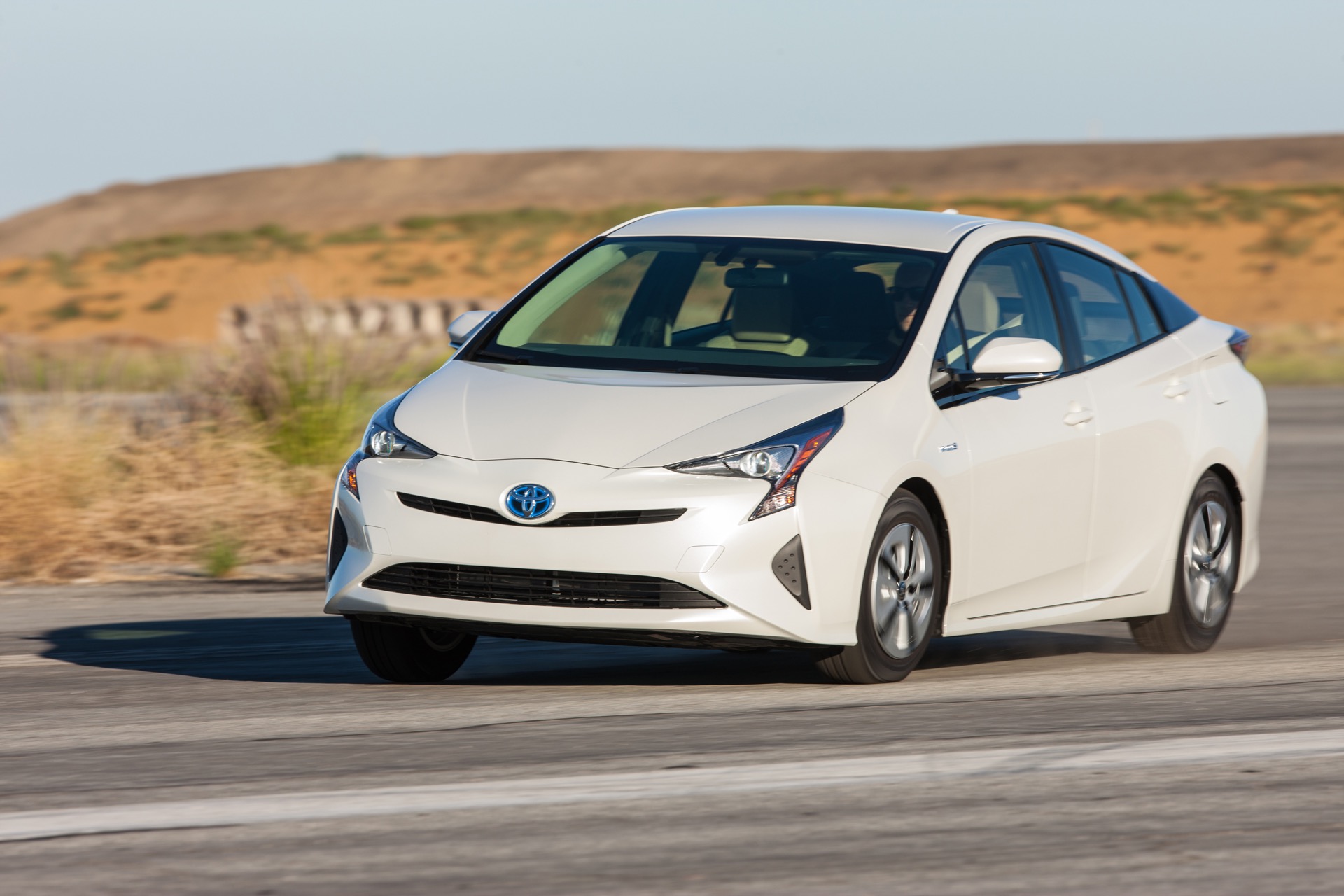 Proving that you do not have to rely on a hybrid for excellent fuel economy, BMW’s 328d xDrive uses a 2-liter twin-turbo I4 diesel engine that is capable of attaining 49 mpg on the highway. When coupled with its available 15-gallon fuel tank, this provides it with a total range of 735 miles. To put that into perspective, that’s almost enough range to get you from Seattle to Sacramento.

For everyday city cruising, the Malibu Hybrid is a great choice because hybrids all prioritize the electric at lower speeds. This grants you an estimated 49 mpg in the city. Even when the electric motor is charging, the 1.8-liter four-cylinder engine moves you along efficiently at approximately 43 mpg on the highway.

The Elantra Eco is rated at 40 mpg on the highway, and it isn’t even a hybrid or powered by a diesel engine. Its fuel economy is created by using Hyundai’s 1.4-liter turbocharged four-cylinder engine. The savings from the Elantra Eco don’t start at the pump; with a starting price of just $20,600, it’s very affordable from the showroom floor. The rest of the Elantra line also offers great mileage, as seen on the Hyundai website. 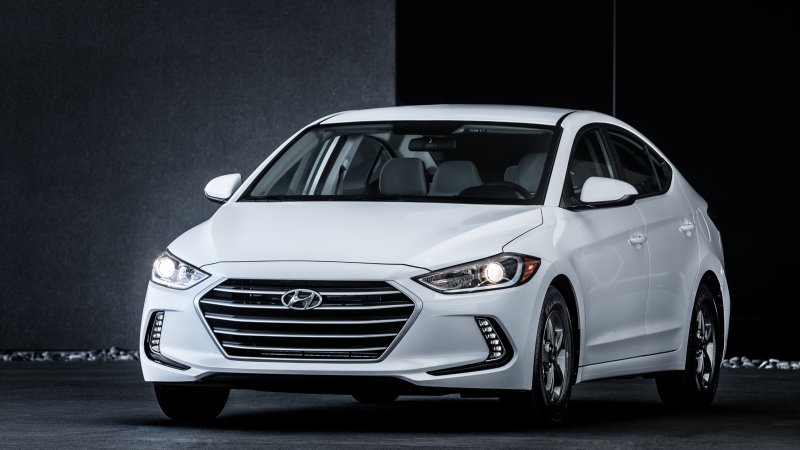 The Forte LX can reach 38 mpg on the highway with its 2-liter I4. While this car will come standard with a manual transmission, some road tests have suggested that you’ll get better fuel economy with the optional 6-speed automatic transmission instead. It only has a 13.2-gallon fuel tank, but that still provides a range of over 400 miles per tank, which is higher than any electric vehicle currently available. 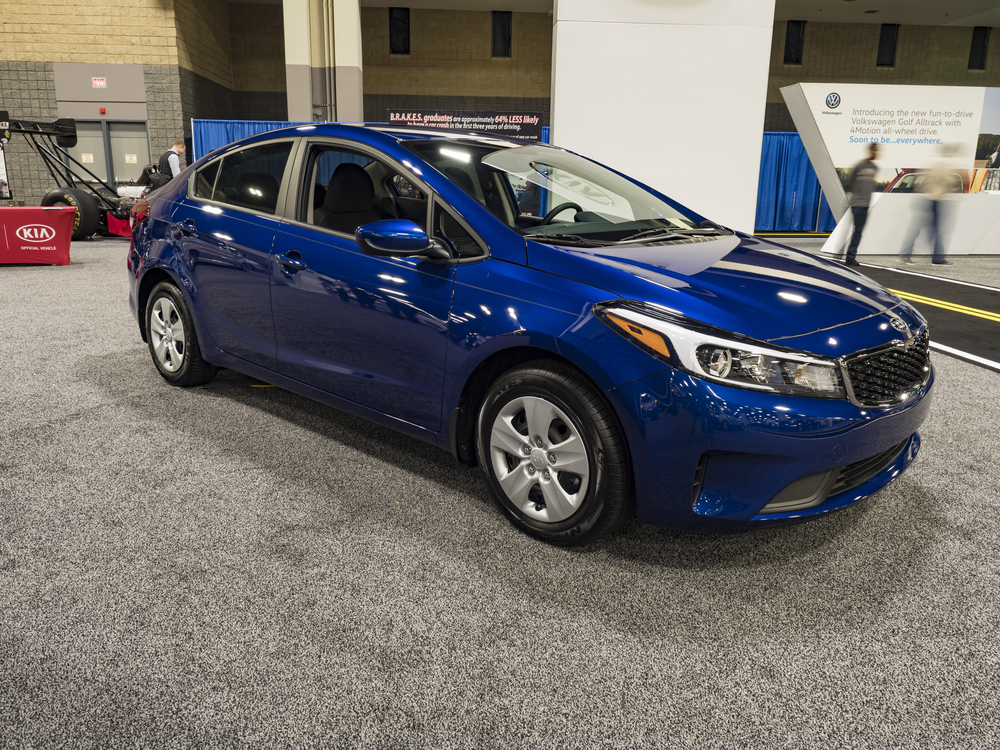 The Smart FourTwo is rated at 35 combined mpg with its 900cc three-cylinder turbocharged engine. It comes with two choices of transmission: either a 6-speed manual or a 6-speed dual clutch automatic that comes with paddle shifters on the steering wheel. While better fuel economy is found with the Twinamic dual clutch arrangement, it’s only 1 mpg different on average. Most of Smart’s cars have admirable mileage and have many different trim, feature, and color options, all of which can be found at the smart website. 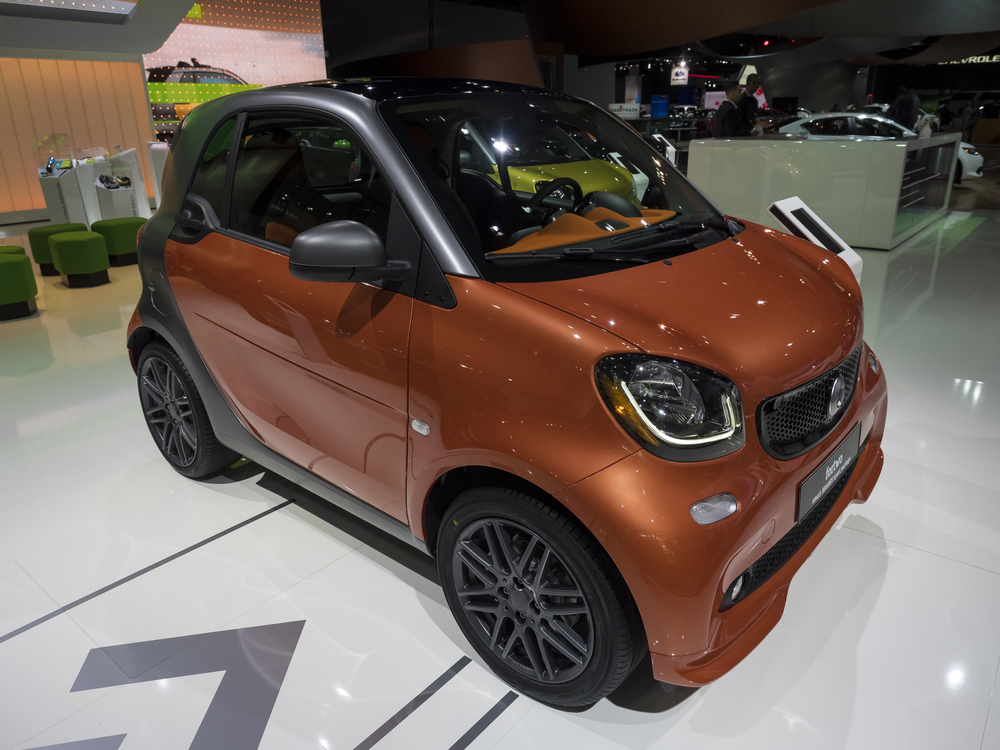 The CT 200h is a hybrid compact hatchback designed by Lexus that utilizes the same powertrain as the Prius and will give you a combined mpg of 42. The great part is that while it is a sporty luxury vehicle, it still only uses regular gas instead of premium octanes. This way, not only do you get a spacious hatchback that boasts great mileage, but you also do not have to spend extra money on each gallon that you have to purchase. Its 12-gallon tank makes sure those stops are not frequently made.

For just $13,000 off the showroom floor, this 5-seat hatchback can get up to 43 mpg on the highway. The Mirage ES comes standard with a five-speed manual transmission and a 1.2-liter, three-cylinder engine. For this price, you will find keyless entry, a micron air filtration system, and seven airbags with dual-stage front airbags for features as standard options. 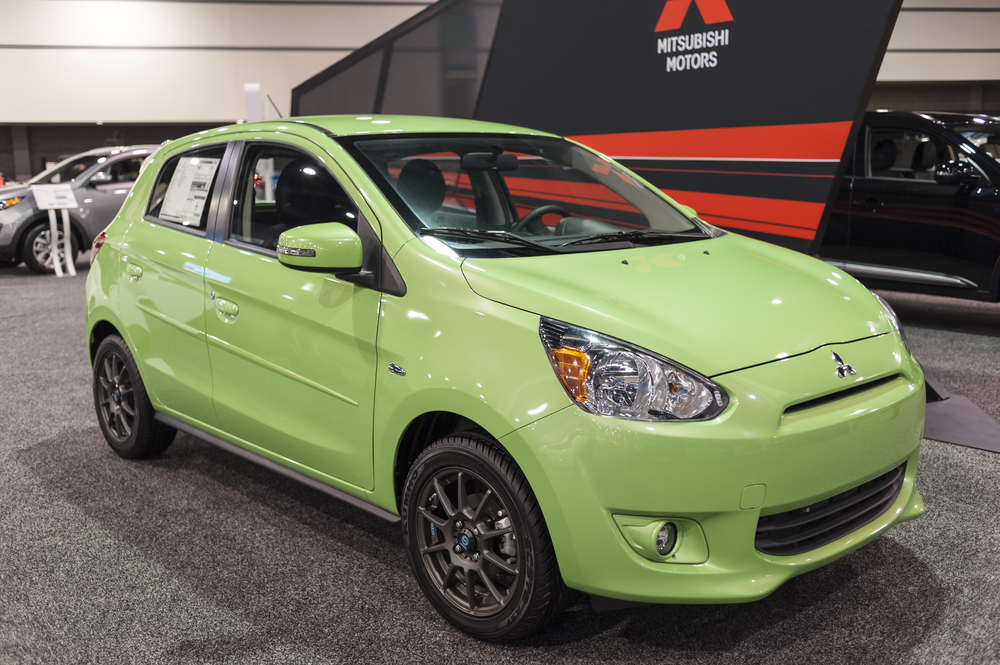 Not only is the Jetta one of the most popular German vehicles purchased in the US, but it’s also consistently one of the most efficient non-hybrid models available. The Jetta comes with a 1.4-liter turbocharged four-cylinder engine that produces up to 150 horsepower and is still able to get up to 40 mpg on the highway. As a compact sedan with good handling, a low price, and great mileage, this is the perfect car for many people. 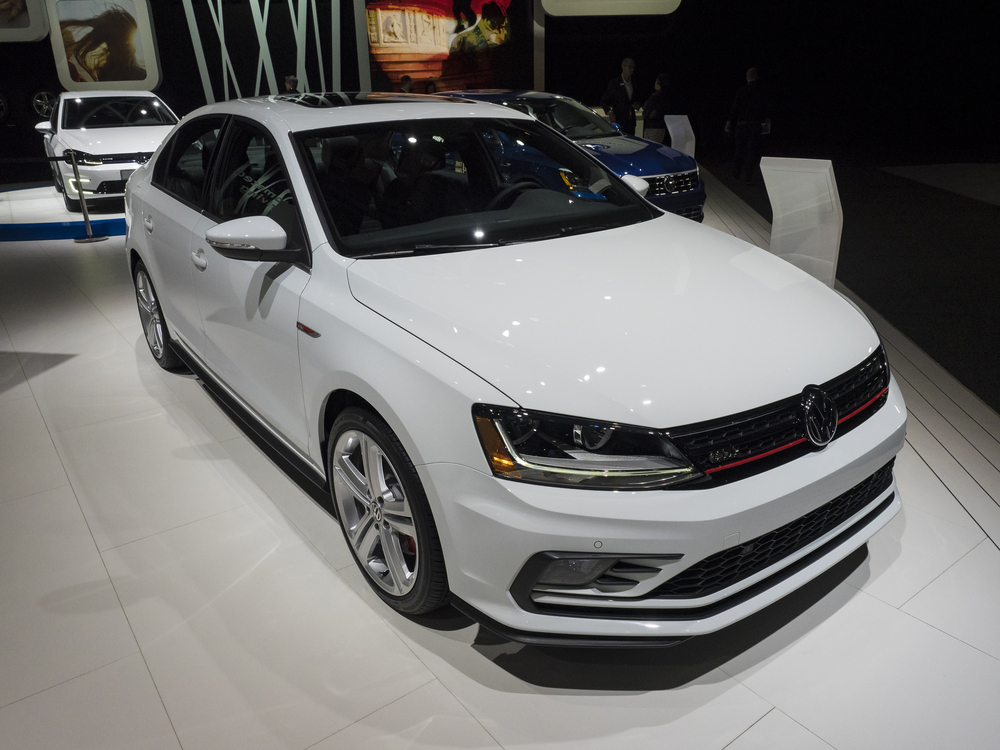 Even though the Fiesta has been in production since 1976, it never made it to the US market until its sixth generation in 2010. It is the best-selling car that Ford has ever produced, only beaten by the Escort and F-series. As a supermini, it has always been an efficient car, and with the new model rated at 35 mpg on the highway, this trend continues. Even though it’s billed as a supermini, it has seating for five adults and plenty of space on the inside. Starting at $13,660, it’s a fun little car that starts saving you money before you even get it off the lot. 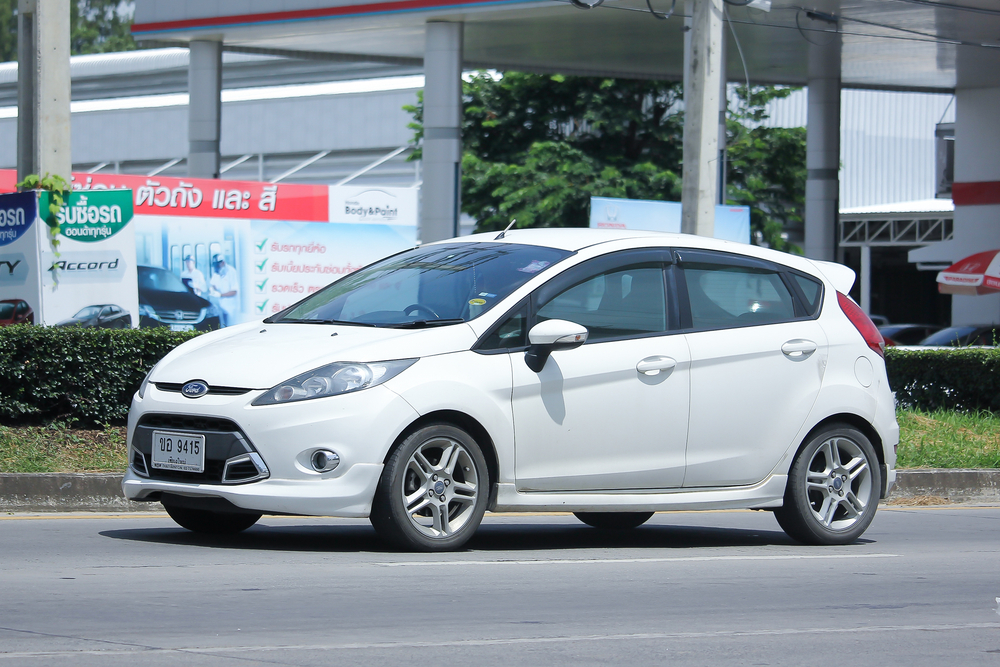 The Civic EX-T uses a 1.5-liter turbocharged I4 engine and is able to hit a combined mpg of 35 with a 6-speed manual transmission and 36 mpg with an automatic. The cars in the Civic line all sport great mileage, as seen on the Honda website , but the EX-T shines as the best value for money of those offered. Not only do you get the highest-mileage values in the range, but you also get many standard features such as lane assistance, dual-zone climate control, heated front seats, a variety of wireless synchronization options, a driver information interface, and a power sunroof, all for a mere $21,000. It’s no wonder that the Civic is one of the most successful car models of all time.