If you are considering getting an SUV or crossover vehicle, Nissan has some of the best on the market. There are buying and leasing options for many of the models.

Should you buy or lease a Nissan crossover or SUV? 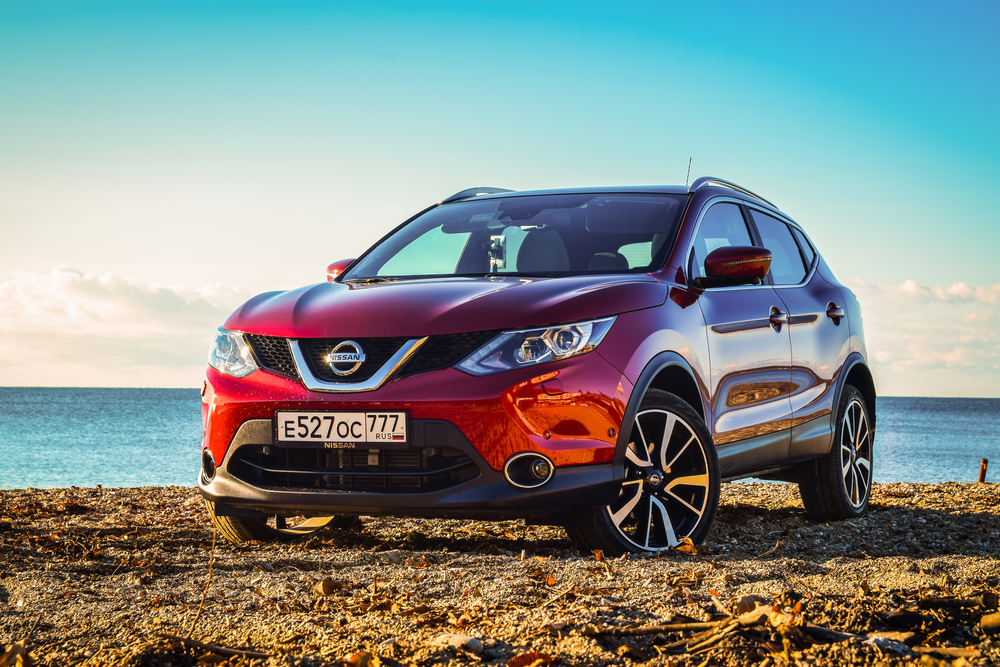 Here is a look at the various options available to help you get the Nissan you want in your driveway without breaking the bank.

The Juke model starts at just over $20,000 and gets 28 mpg in town and 33 mpg on the highway. The standard, lowest-level Juke has 188 horsepower with five seats and four doors. You get 17-inch aluminum alloy wheels and a 5-inch color display to control audio. As you move up the trims, you can get Sirius XM Satellite Radio and automatic temperature controls in the SV model. You can add moving object detection in the SL, and the Nismo adds 18-inch alloy wheels and an aerodynamic body kit. The price moves up the scale as well. Leasing deals vary with the Juke depending on the dealership and the inventory they have to offer.

If you are looking at Nissan SUV lease deals, the Rogue vehicle is always a good option to consider. This vehicle starts at $23,800 and goes up from there based on the trim you choose. It gets 26 mpg in town and 33 mpg on the highways. In the S trim, you get 170 horsepower with five seats and four doors, similar to the Juke. You also get LED daytime running lights for safety and an eco mode. The rearview monitor helps when backing up, and you have a divide-and-hide cargo system to help haul items along. When you move up to the SV, you get a blind spot warning and rear traffic alert, along with push-button ignition and remote start. The SL also adds leather-appointed seats and other perks to go along with its higher price tag. 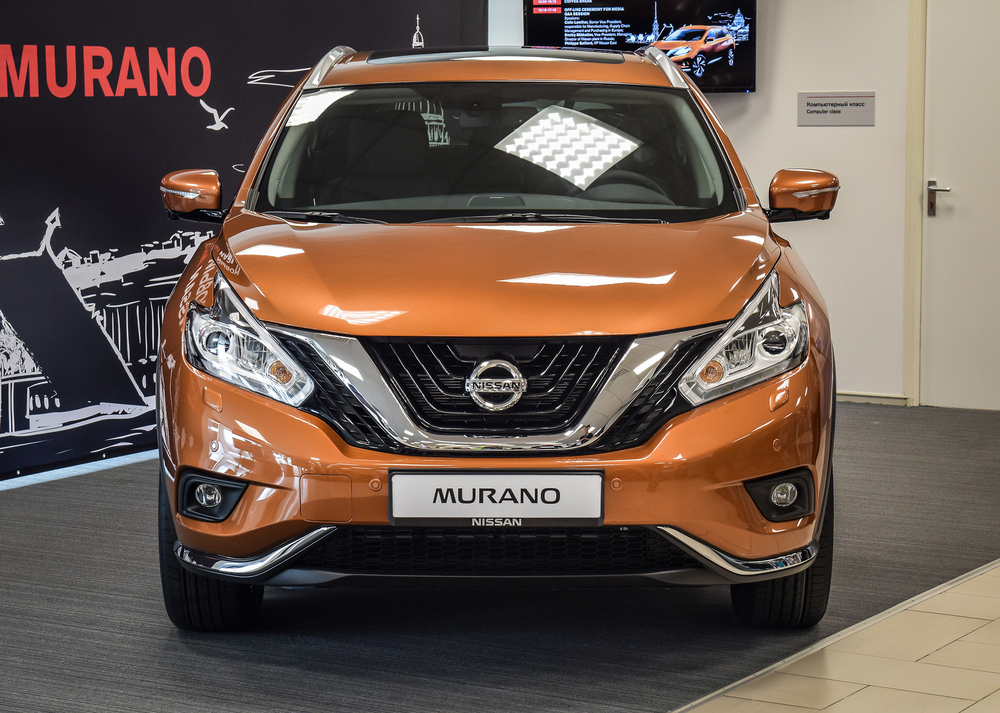 The Murano is a great Nissan SUV lease option because it is a wonderful family vehicle. It starts at $29,700 and goes up from there depending on the trim. This Nissan SUV for sale or lease gets 21 mpg in town and 28 mpg on the highway. The standard S trim has 260 horsepower and five seats with five doors. You get Bluetooth and streaming audio included, along with an intelligent key. The dual-zone automatic temperature control is always handy for keeping everyone comfortable, and the 18-inch, machine-finished aluminum-alloy wheels are attractive on the outside. When you move up a few thousand dollars to the SV, you add a navigation system, a remote engine start with intelligent controls, and an eight-way power driver's seat, among other touches. This Nissan SUV for sale gets even better in the SL version with a power lift gate; leather-appointed, heated front seats; and other benefits. This vehicle is the closed Nissan hybrid minivan. It has elements of an SUV in addition to elements of a Nissan hybrid minivan.

Any Nissan Pathfinder dealer will have a starting price for the basic Pathfinder of $30,200. The Pathfinder gets 20 mpg in town and 27 mpg on the highways. The S trim has 284 horsepower and seven seats with four doors. The 3.5-liter V6 engine has plenty of power, and you’ll get a rearview mirror monitor along with tri-zone automatic temperature control. Many Nissan Pathfinder dealer options will include the SV as a possibility. This trim has fog lights, an intelligent key and a remote engine start system. If you move up the line to the SL, the starting value rises to $36,000, and you also get a motion-activated lift gate and an around-view mirror along with blind spot warning and a few other features. Getting a Nissan SUV lease on this vehicle is a nice way to try out all of the features without making the final purchase. 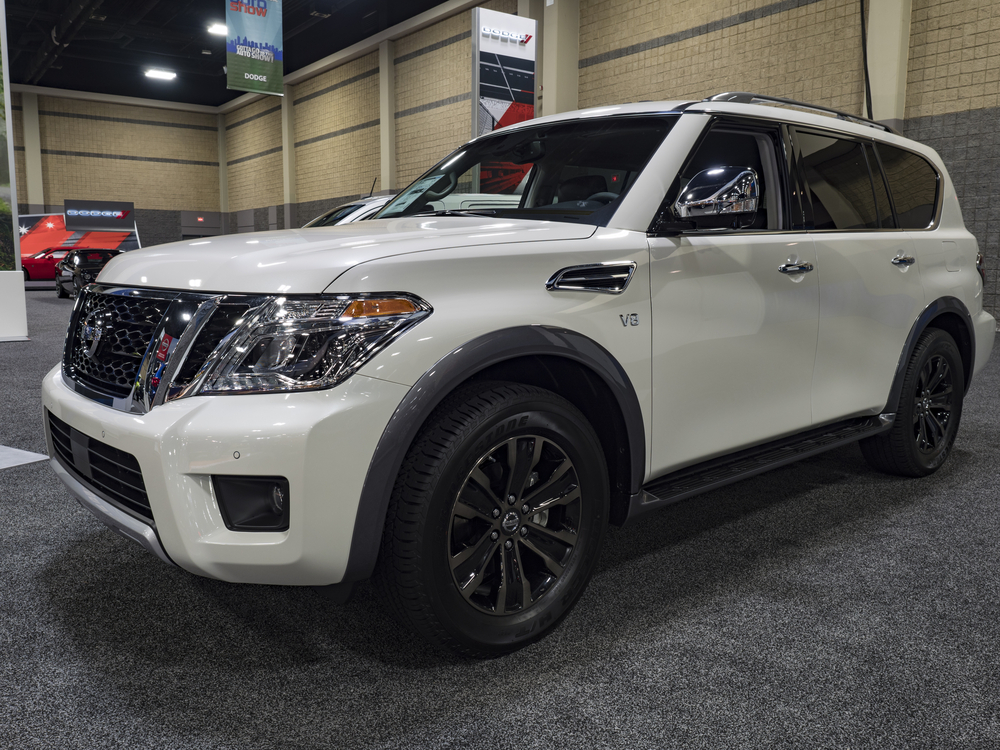 The Armada Nissan SUV lease deals are the most expensive. The vehicle starts at $44,900 and gets 14 mpg in town and 19 mpg on the highways. It is the largest and most spacious of the Nissan SUVs and crossovers, but it also gets the lowest mileage both in town and on the highways. It has 390 horsepower and eight seats with four doors. The 18-inch aluminum-alloy wheels stand the test of time, and you get a front and rear sonar system along with an 8-inch touch-screen monitor. When you upgrade to the SL trim, you add $5,000 and get heated leather-appointed seats and 20-inch machine-finished aluminum-alloy wheels. The around-view monitor system has moving object detection, and you also get a remote start engine. The Platinum Armada jumps up to a starting price of $57,500. It gets the same mileage and has the same seats, but it has luxurious elements such as a sliding moonroof and climate-controlled front seats that include heated and cooled elements. The tri-zone entertainment system has dual 7-inch monitors, and there are 20-inch machine-finished, tinted aluminum alloy wheels.

Where are the Best Nissan SUV Lease Deals?

Getting a good lease on a Nissan crossover or SUV can take a little research and leg work. You will want to find a dealer that sets up lease agreements on a regular basis to get the best deal. Inspect the dealership inventory and see where there are excess vehicles. If they have a lot of Rogue vehicles in stock, for example, you are more likely to get a better lease deal on that vehicle than an Armada if there are not many of those vehicles on the lot. Dealers need to move cars off the lot, and they do that by selling or leasing them. If they can't sell them quickly, leasing them is a great option. You will get good deals on leases on vehicles the dealership needs to move along. Keep an eye on your local dealers’ websites for special deals on leases to indicate the best time for you to make a deal and get a good price.