What Are the Different Cargo Van Options?

Whether you're a business owner or someone with a lot of projects, a cargo van can give you the space you need--if you choose the right one.

Which Cargo Van Is Right For You? 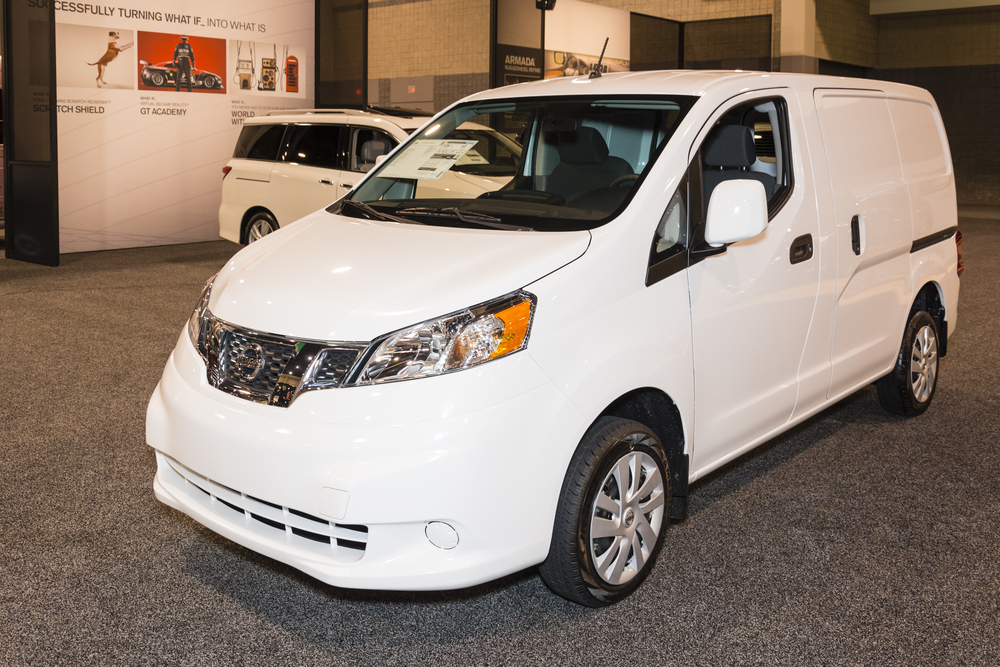 Since they're less popular than minivans or SUVs, it can be hard to know your options, especially because cargo vans tend to look similar. Following are some of the more popular brands and features of cargo vans for sale.

Features to Consider on Cargo Vans

Size is obviously a key consideration for your van--the more storage space you have, the more difficult it will be to find parking for your van and the harder it tends to handle. If you need to take your cargo off-road, a four-wheel drive model may be helpful. Cargo van shelving can be a godsend if you need to keep your cargo neat and organized, particularly if you're hauling several smaller objects rather than one or two huge ones.

The Sprinter is one of the pricier cargo vans for sale, but you get incredible versatility and some spectacular safety features for your buck. You can opt for either a standard or a high roof, which can give you nearly 78 inches of interior height and over 300 cubic feet of storage space. Crosswind Assist, a safety feature that helps to stabilize the van in the event of strong winds, ensures that your ride is safe as well as spacious, and Blind Spot Assist can help you maintain a good field of vision despite the van's bulk. Certain models can convert to four-wheel drive if you need to haul your cargo off-road. Because the Sprinter is one of the more popular vans, it's easy to find cargo van shelving designed specifically for use with this car. 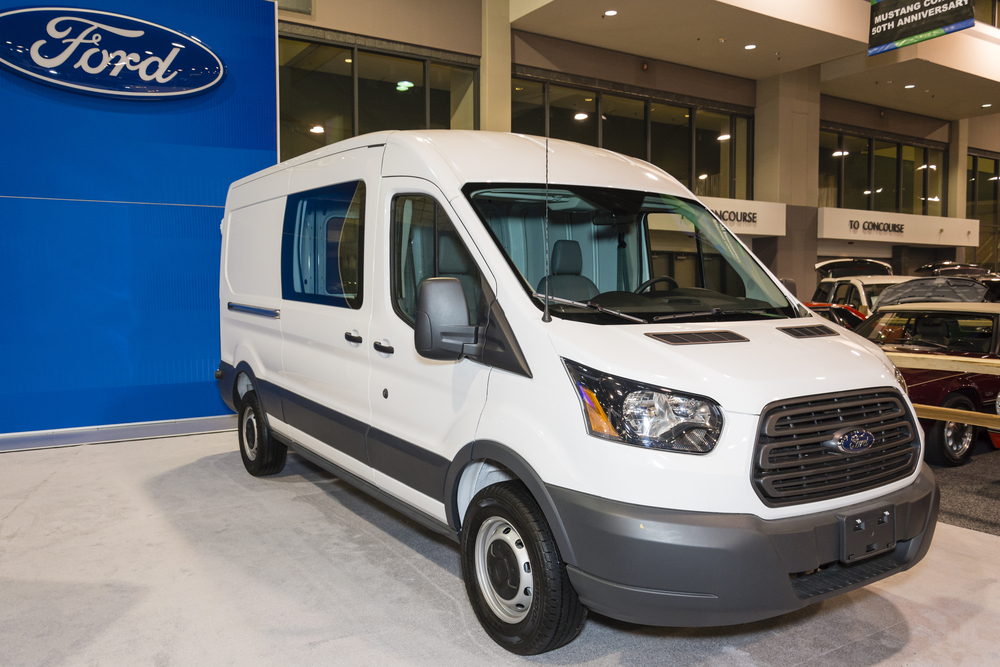 When it comes to sizing options, the Transit manages to be even more versatile than the Sprinter for less money. With three different length options and three different height options, you can perfectly customize the Transit to your needs; the high-roof version claims 81.5 inches of interior height, or you can opt for a smaller version with less than five feet. The van boasts an SUV-like mileage of 20 mpg city and 27 mpg highway. Safety features are minimal, making this a car for experienced van drivers. Like the Sprinter, it's easy to find shelving for the Transit.

Smaller and nimbler than the Ford Transit, the Connect is a less expensive model for those with more modest hauling needs who want a van that handles like a car. The Connect has the same impressive mileage as the larger Ford Transit and offers buyers a choice between a lift gate and two hinged rear doors. An optional rear view camera helps when backing the van out of spaces. The capacity is a little over 100 cubic feet, making it a solid choice for small loads--especially since it isn't any longer than a large sedan.

The ProMaster comes in three different styles--the 1500, 2500, and 3500--with the size and number of features increasing alongside the model number. Only the 1500 comes with a low-roof option, and all three models have somewhat cumbersome handling and so-so mileage. However, a low, flat loading floor makes it easy to load cargo, and several solid safety features like a backup camera and rear parking sensors can make drivers feel safe despite the van's size. If efficient hauling trumps car-like handling, the ProMaster may be a solid choice. 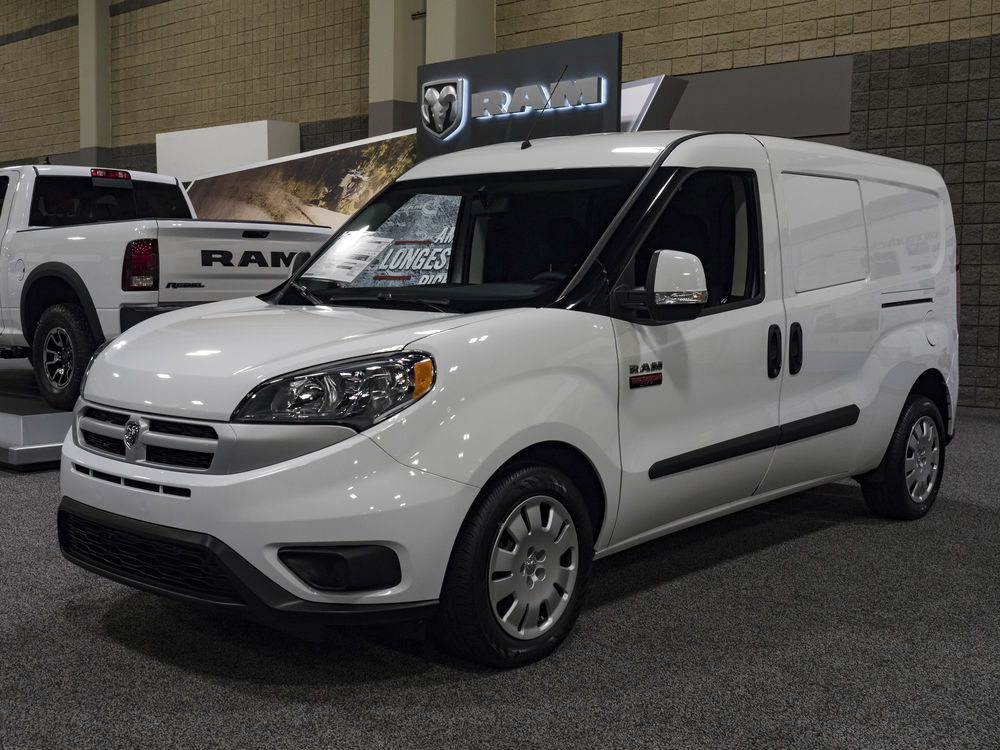 Like the Transit Connect, the ProMaster City offers drivers a smaller version of a hefty van. The van touts itself as a "city-friendly" alternative to the ProMaster, with better mileage and handling in exchange for a smaller capacity and payload size. The van handles much more like a pickup than like its enormous ProMaster cousin, and is far easier to park as well. Unless you want a truly utilitarian driving experience, go for the SLT version; the base model has only the most Spartan amenities, like power windows, while the SLT brings you cruise control, power mirrors, a connected entertainment system, and the other perks that drivers expect from modern vans.

The Nissan NV is the economy option of cargo vans; it lacks the fuel economy and engine power of the ProMaster, Transit, or Sprinter, but its price tag is closer to what you'd find on a smaller-sized ProMaster City or Transit Connect rather than a full-sized cargo van. Even better, the NV's lower price doesn't come with a similarly decreased capacity. Its payload is nearly two tons--well over that of the Sprinter, and close to that of the more expensive ProMaster--and it can tow up to 9,500 pounds. The high roof allows up to 76.9 inches of interior storage height, so the NV is more than capable of holding volume as well as weight. As an additional bonus, the NV has ergonomic seating that allows the driver a relatively relaxed, non-cramped ride. Safety features are minimal, but the NV's low center of gravity helps to prevent tipping.

The Nissan NV200 is Nissan's answer to the ProMaster City and the Ford Transit Connect: a compact cargo van with more car-like handling. Surprisingly, while storage space is the NV's standout feature compared to the ProMaster, Transit, and Sprinter, the NV200 has less storage space than its compact van cousins; it's also the narrowest of the compact vans, which means that it's easier to park than most compact vans but can cause a cramped ride for the passenger. It has some handy features for the small business owner on the go, however, like a passenger seat that folds down to form a desk. It isn't rated for towing and with its relatively small capacity, it might be best if you've decided a minivan is just barely too small for your needs.

Comment on What Are the Different Cargo Van Options?