Knowing the differences between the GMC Acadia in 2016 and 2017 will help you decide which model is best suited to your specific needs. 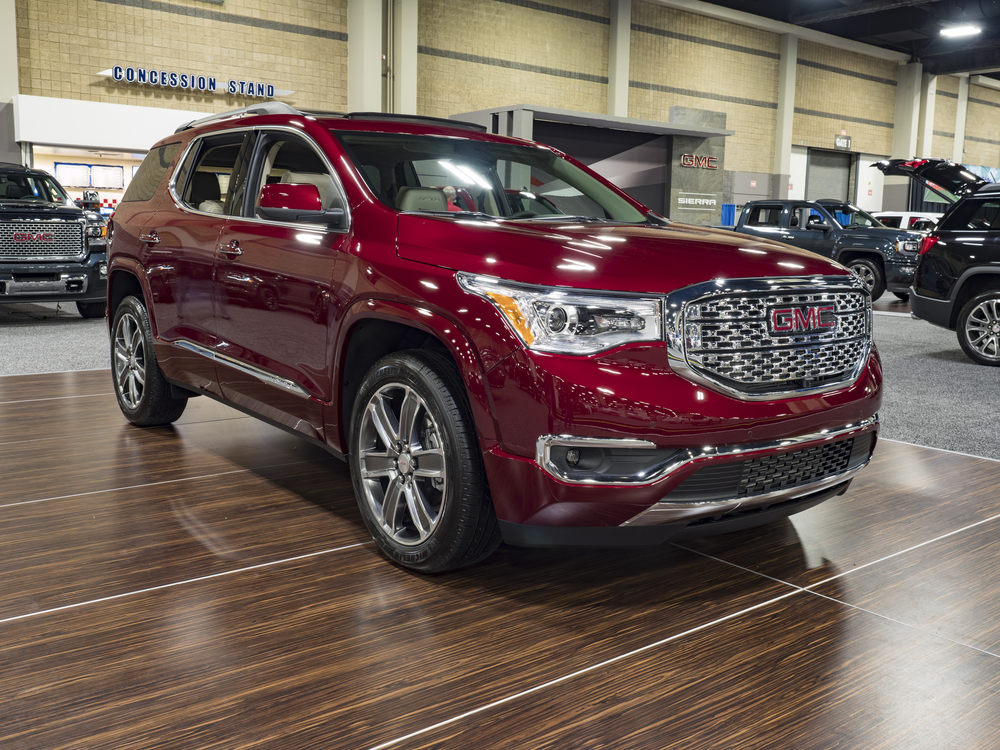 If you are a GMC fan and you like to keep an eye on how the models change over the years, you will want to take a few extra peaks at the GMC Acadia truck. The second generation vehicle has been repositioned from a full-size interior space to a mid-size interior space. The dimensions are smaller all around, and the exterior has changed and shrunk as well. Some individuals like driving smaller vehicles so these aspects are positive to many drivers. But you will want to examine the differences and see which year you would prefer if you wish to make a purchase.

On the outside, the latest GMC vehicle has many of the same design elements as the 2016 outgoing model. When you look closely, you will see a few major differences. The front and rear ends on the 2017 are new and the vehicle features a new wheel design. There are also new color options and a slightly revised overall profile that gives the 2017 a bulkier appearance. The biggest difference, however, is the overall size of the vehicle. The 2017 Acadia is 7.2 inches shorter than the 2016 version. This major change takes the Acadia down to a mid-sized SUV level whereas the 2016 version was more of a full-sized vehicle.

The GMC Acadia 2016 is a good-sized vehicle, and the GMC Acadia 2017 is much smaller. Overall, you can expect every aspect of the 2017 to be smaller than the 2016 version, but there are a few exceptions to this, both of which occur in the second row of the vehicle. The second row headroom is the same on both models, and the second row legroom is actually larger by three inches on the 2017 model. Other than that, everything is smaller in the 2017 than it was in the 2016 version. 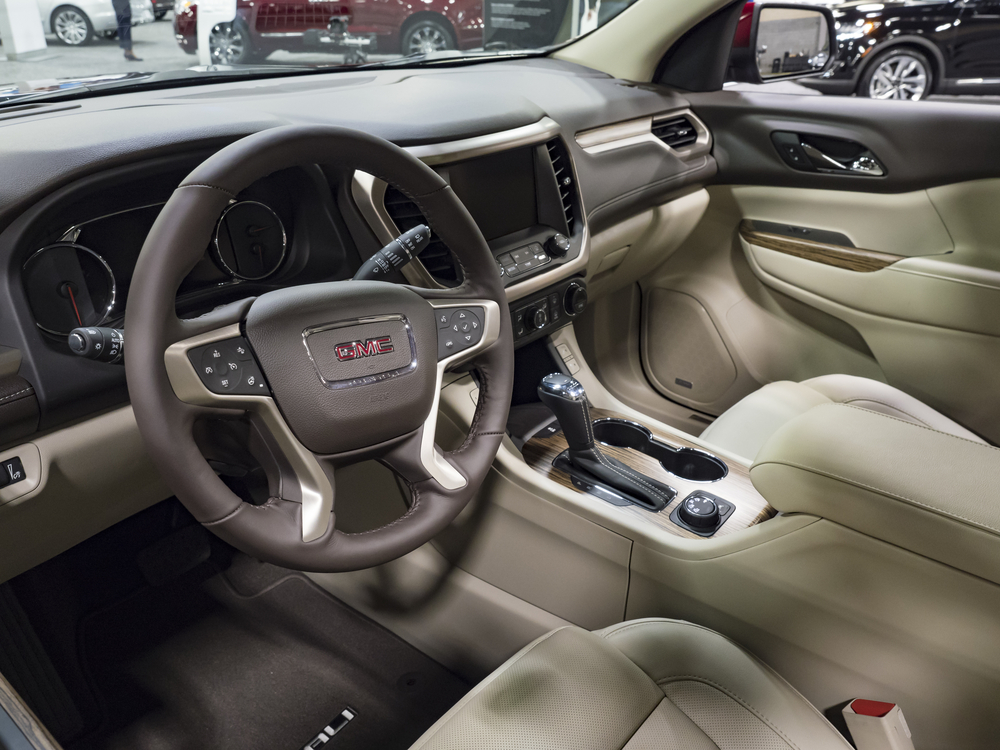 The interior space is just as different as the exterior, especially when it comes to size. There is also a new steering wheel, revised climate control vents, a new stacked center control, and different gauges in the 2017 vehicle. All of these materials are improved upon from the 2016 version. Acadia had gone a whole decade without a full redesign, but you can see elements of change in almost every area between the 2016 and 2017 models.

The GMC Acadia has a good amount of cargo space in both the 2016 and 2017 vehicles, but you will want to keep in mind that the 2017 vehicle has much less in this area. Both years have a third row of seating, but the third row is less spacious in many aspects in the 2017 version. You will have 3.5 inches less in shoulder room and 5.4 inches less in hip room, for example. Because the vehicle overall is smaller, there is also less cargo space in the 2017 vehicle. You will have 11.3 cubic feet less behind the third row and 28.4 cubic feet less behind the second row if all the seats are down.

The 2016 Acadia had just one engine, which had the 281-horsepower 3.6-liter V6 behind it. It came with a 6-speed automatic transmission and front or all-wheel drive options. Gas mileage was usually 15 mpg in town or 22 mpg on the highway. The new version has two powertrain options. The 2.5-liter 4-cylnder model comes as standard. The lower figures are because of the smaller size of the vehicle in general. The new engine can get better gas mileage at 21 mpg in town and 26 on the highway. If you want more power, you can upgrade to the old 3.6-liter V6 engine. Both versions come with front or all-wheel drive options.

The latest Acadia has a lot more equipment and technology than the older version. You get a surround-view camera system, adaptive cruise control, and automatic high beams in the 2017 model. You also get high-tech safety features like automatic braking and forward-collision warning. The 2017 Acadia also has Apple CarPlay and Andriod Auto. The 2016 Acadia is fresh, as far as technology is concerned, but it is well behind the 2017 version. If you always want the latest updates where technology is concerned, the 2017 vehicle is the way to go.

Too Big or Too Small? 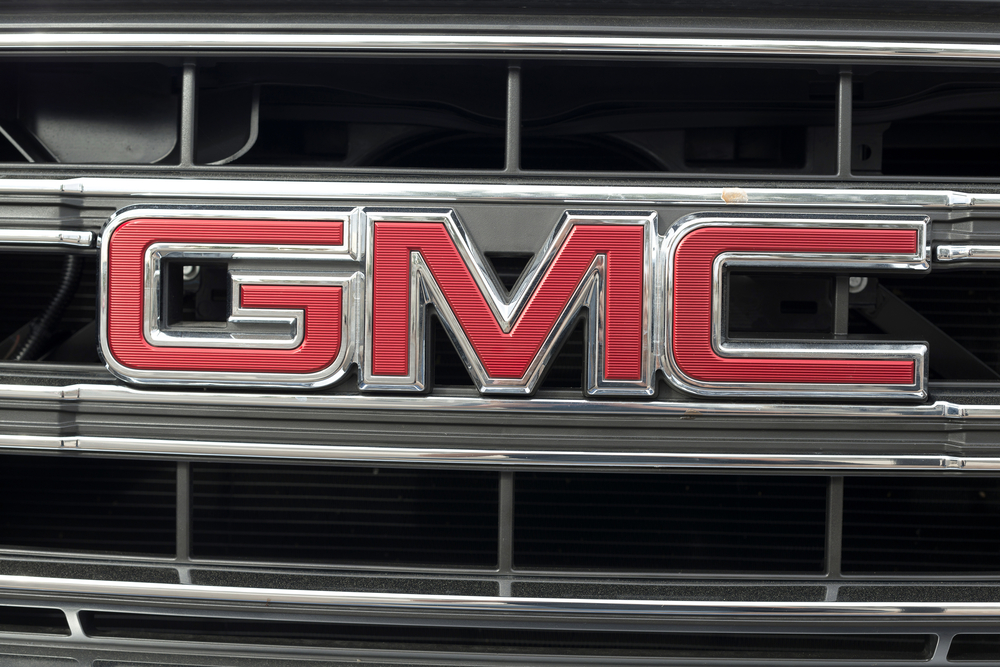 Some drivers may feel that the GMC Acadia 2016 was too big and that makes the 2017 more suitable to everyday driving. On the other hand, some drivers may feel the GMC Acadia 2017 is too small. It all depends on what you need as a driver. If you have a family, for example, and you need to haul a lot of people and a lot of stuff around, the 2016 vehicle might be better for you. If you are on your own and you drive a lot, a smaller vehicle like the 2017 version could be a better fit.

The safety of any vehicle you choose is highly important. The latest Acadia hasn't undergone crash testing yet, but the 2016 version got a perfect 5-star rating overall. In terms of equipment, the new and the old version are similar in terms of safety elements. Both models offer lane-departure warnings, blind spot monitoring, rear cross traffic alerts, and forward-collision warning systems. You also get standard features like anti-lock brakes, a back-up camera, and forward-collision alert. Both vehicles have all the right safety features to make them good choices.

The 2017 Acadia feels lighter and smaller on the road than the 2016 version. Handling and cornering is improved, and the optional larger engine improves upon acceleration as well. The outgoing Acadia has plenty of power behind it, even for its size. But if you are looking for sheer comfort, the new model has improved materials and visibility. It is also quieter and has even better suspension than before, in addition to more controlled steering and handling. While the GMC Acadia truck options look similar to one another, the 2017 vehicle is clearly smaller and has heightened technology. If you are not concerned about the size, it gives you a lot of new, improved options. If size is an issue and you need something larger, the 2016 Acadia has great safety elements and plenty of space to satisfy any family.