Honda has a tradition for producing some of the world’s most reliable and well-built vehicles, and that tradition continues with its 2017 models. 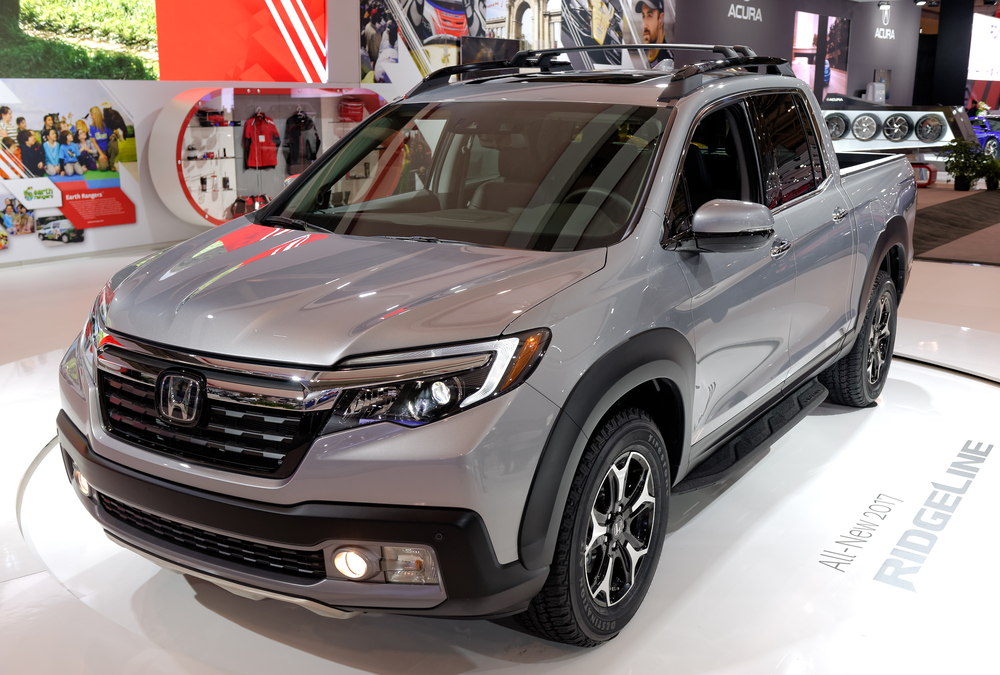 Honda has produced an exciting line of vehicles for 2017 that appeal to all types of drivers, no matter what type of vehicle you desire. You can compare find Honda dealership deals that meet your needs.

In taking a look at 2017 new cars from Honda, it is easy to see why they continue to be among the best selling cars in the world. Plenty of Honda dealership deals are available on these new vehicles.

Honda’s best-selling model has undergone some significant improvements for 2017, which are likely to attract even more buyers to switch to this sporty economy car. One of the most significant changes in the Civic for 2017 is a more aggressive front end design, a more fast-back silhouette and shorter overhangs, which produce a more sporty and sleek look, making it one of the most attractive of all new Honda cars. The Civic comes in both a two-door and sedan options, with buyers able to choose between six-speed manual or automatic transmission. Lower-level Civics come equipped with a 2.0L four-cylinder engine, while the EX models have a 1.5L turbo-four engine. Owners can choose to add the sensing safety or driver assist technology, which improve on the vehicle’s already high safety features. Of course, the 2017 Civic continues the Honda tradition of durability, with high ratings in many categories.

Another of the top-selling new cars from Honda is the Accord, which retains a similar look from its major 2016 redesign. This roomy sedan comes with plenty of features that enhance function, comfort and safety, making it among the best of all new Honda cars. Some of the key features in the Accord include Honda Sensing, driver assist technology, rain-sensing wipers, parking sensors, remote engine start and an advanced audio system. All of these extras make the Accord a very attractive option, when compared with the competition. In addition, Accord owners will enjoy improved fuel economy, thanks to the vehicle’s lighter weight and improved aerodynamics. This benefits both the standard and hybrid versions of the Accord. The Accord carries a long tradition of being one of the longest-lasting sedans on the market, and the 2017 Accord is no exception. It is built to last and run reliably. 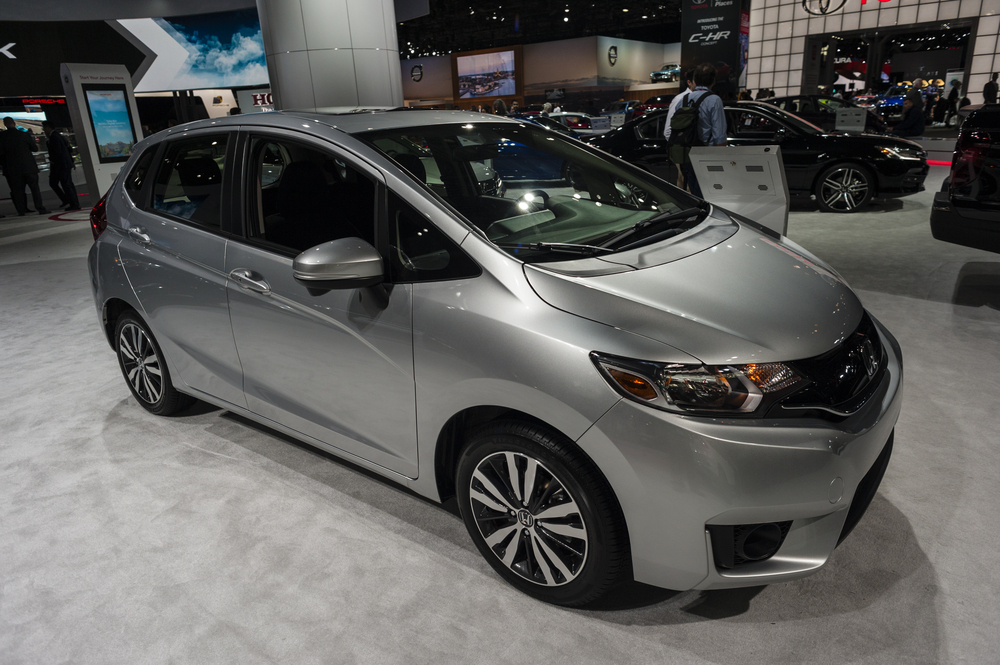 Those looking for a subcompact option will be impressed with the Fit, which retains much of its 2016 design. The Fit comes with a 1.5L four-cylinder engine that can produce 130 horsepower. It has an impressive 40 miles per gallon on the highway and comes standard with a six-speed manual transmission. Some of the extras available with this model include push-button start, touch screen and leather seats, which can be added to standard features, such as Bluetooth and LED brake lights.

Another top-seller for Honda remains the CR-V, which was modified last year but retains same features to provide comfort and reliability. The CR-V runs on a direct-injected engine with a continuously variable transmission. The 2.4L four-cylinder engine boasts 185 horsepower and impressive fuel economy. Drivers can enjoy great features, such as the driver assist technologies, seven-inch touch screen interface and configurable center console. Safety features include forward collision warning and lane departure warning.

Honda’s best-selling van, the Odyssey, retains its popularity due to its impressive comfort, innovative features and renowned dependability. The Odyssey’s 3.5L engine produces 248 horsepower. It comes with six-speed automatic transmission and boasts 27 miles per gallon on the highway. Well known for its safety, which is especially important for parents and their families, this model will give you peace of mind. Among the attractive safety features are the rear airbags, traction control and stability control. Some of the other features available on the Odyssey include the innovative in-car vacuum, 16.2-inch entertainment system, storage cooler and four-way adjustable passenger seats. 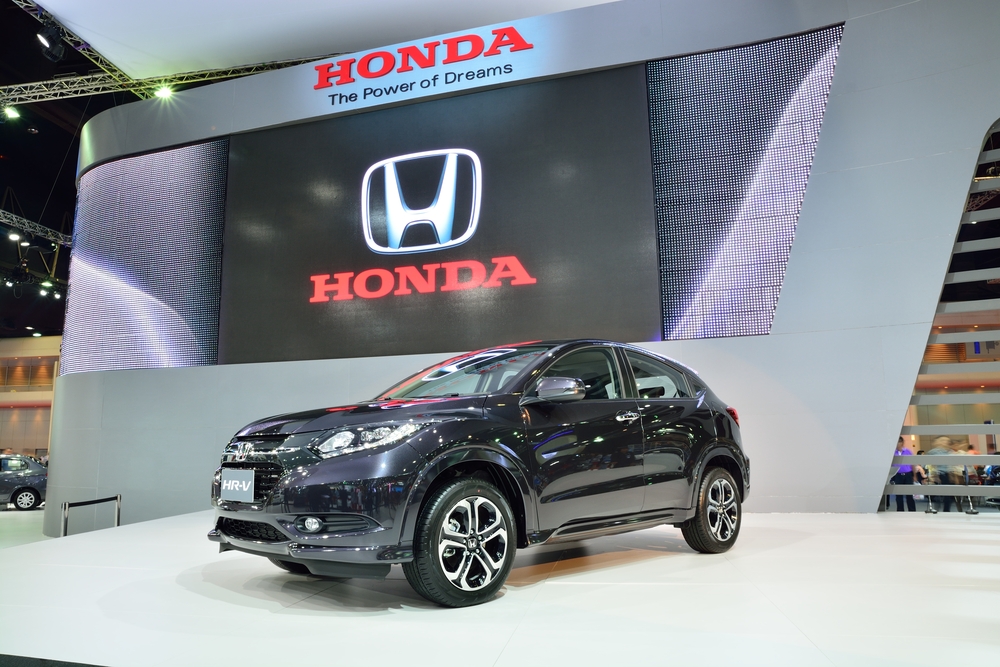 The subcompact crossover HR-V offers a versatility and a sporty feel, which has helped it see increased popularity among Honda’s offerings.

The HR-V is equipped with a 1.8L four-cylinder engine with a continuously variable transmission for all-wheel drive or a six-speed manual transmission for two-wheel drive models. The HR-V gets an impressive 34 miles per gallon on the highway. The HR-V is specifically designed for the person on the go. It comes with numerous attractive features, including a rear-view camera, a display audio system, heated front seats and Bluetooth HandsFreeLink. Safety features include forward collision warning, lane departure warning and LaneWatch display.

Honda’s 2017 SUV offering is again the impressive Pilot. This high-end SUV combines power, comfort and safety, which are the key ingredients in its continued popularity. Recent redesigns to the Pilot have made it lighter and more efficient,yet it retains its power with a 3.5L V6 engine, which produces 280 horsepower. The Pilot also comes in six-speed or nine-speed automatic transmissions. Buyers can also choose from front-wheel or all-wheel drive. The Pilot comes in seven different trim levels, depending on your preferences, from the standard LX model to the Touring edition. This model is well equipped with safety features, which include forward collision warning, lane departure warning, collision mitigation braking, road departure mitigation and lane-keeping assist, which help reduce collisions. This SUV is great for families with its eight-person seating capacity with its 60/40 three-person split seating. In the higher-end editions, owners will enjoy second-row captain’s chairs, which improve the ease of moving between rows.

For those interested in a mid-size pickup truck, Honda offers the Ridgeline again for 2017. Honda has redesigned the Ridgeline to improve its function and performance. The Ridgeline is effective for hauling and towing. It boasts a 1,500-pound payload capacity and 5,000 pound towing capacity, which can handle a variety of jobs for work or pleasure. The Ridgeline comes with a 3.5L engine, which produces 280 horsepower. It also comes with a six-speed transmission and all-wheel drive. Some of the impressive features found in the Ridgeline include Android Auto and Apple CarPlay, along with a navigation system that is satellite linked. In addition, the Ridgeline has an eight-inch audio touchscreen, push-button start, remote engine start, a power sliding rear window and LED lighting.