The overall success of a manufacturer can be measured by the amount of cars it sells each year, and the key to increasing this number is by making them affordable and high quality. This means that you can ascertain how good a vehicle is likely to be by how many are sold. The following are the bestselling cars from 2016.

Heading this list is something that is noticeably not a car, but the fact that over 820,000 F-Series trucks were driven off of lots around the country means that it can’t be ignored. It is the bestselling truck in history, as noted by CNN Money, and is also leading the country in to-date 2017 sales, with 58,000 being sold in January alone. F-Series trucks start at $26,730 and feature a state-of-the-art interior, great durability and can reach up to 26 mpg. 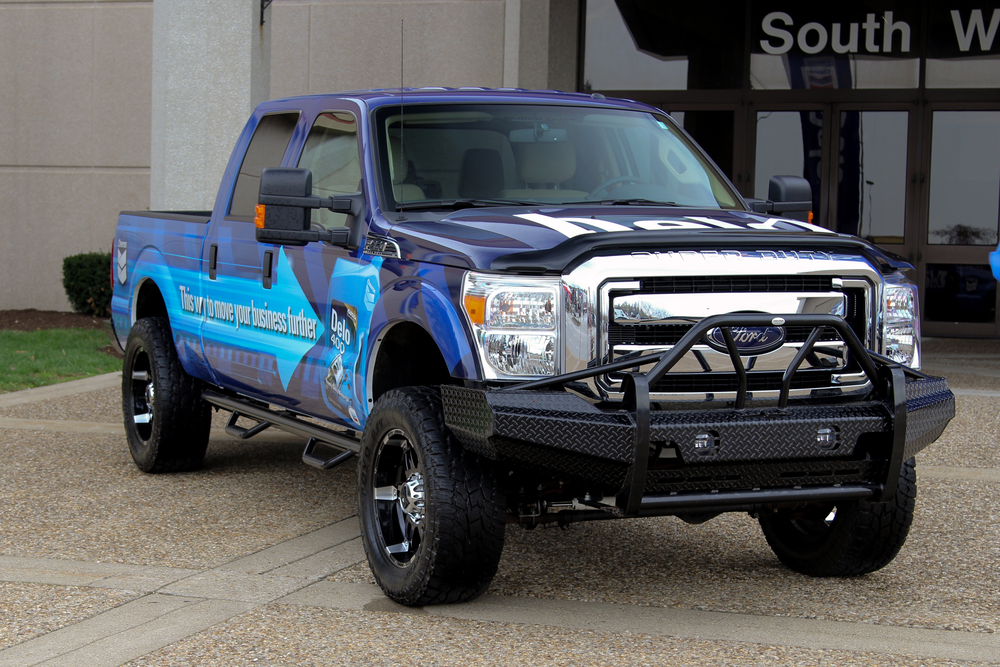 In a distant second is the Silverado pickup, with a total of 574,876 sold. Chevrolet, like Ford, has a passionate and dedicated fan base that has sustained it through the years, producing trucks that are well known for being the toughest and most resilient things you can find with four (or six) wheels. Starting at $27,500, the Silverado comes with a best-in-class 420 horsepower V8 engine and offers up to 12,500 pound towing capacity, which also happens to be best in its class. 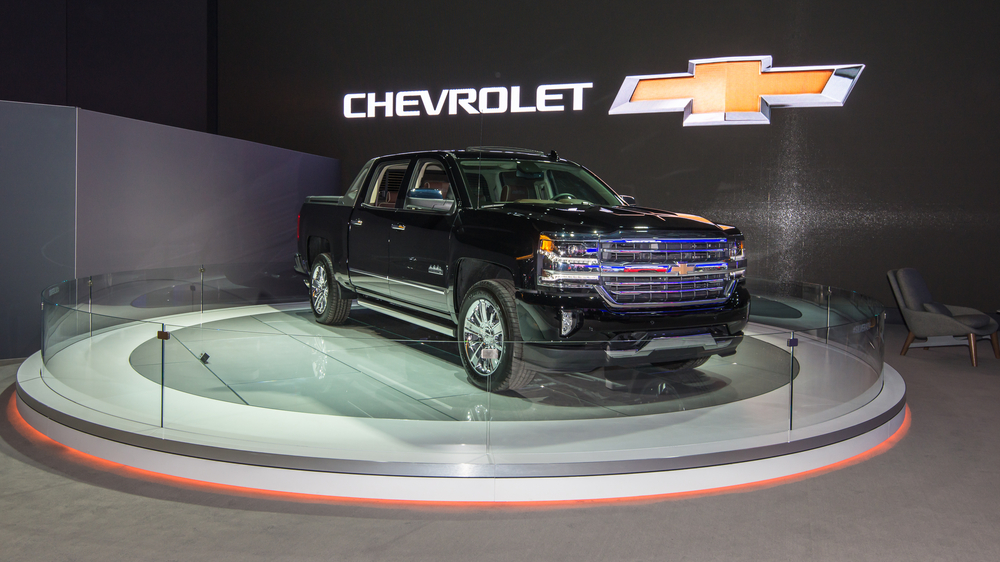 Next is the last of the pickups in the list, and this time it’s Ram. Selling over 489,000 trucks, Ram is well-known for producing some of the longest-lasting trucks in the country and they come with the best factory warranties in their class to ensure that this trend continues. The Ram pickup has the country’s only diesel-powered half-ton model and they also feature some of the most advanced features in their standard packages, such as a high-strength steel frame and digital vehicle information center. More standard and additional features for the $26,000 model and other trim packages can be explored at its official website. 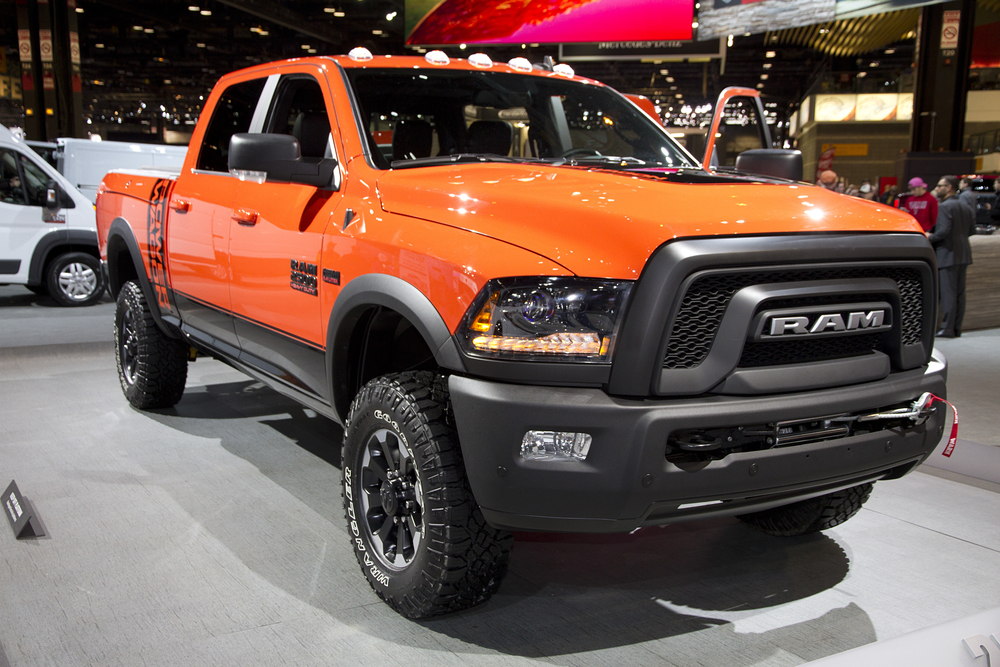 The best-selling car is straight from Japan and it managed to sell 388,618 units. The Camry has a starting MSRP of $23,000 and has a 2.5 liter four-cylinder engine which can reach an EPA-estimated 33 mpg on the highway. It comes standard with features such as a 6.1" touchscreen entertainment center and a backup camera as well as seating for up to five people. It is an ideal midsize sedan, a statement to which millions of owners over the years can attest. 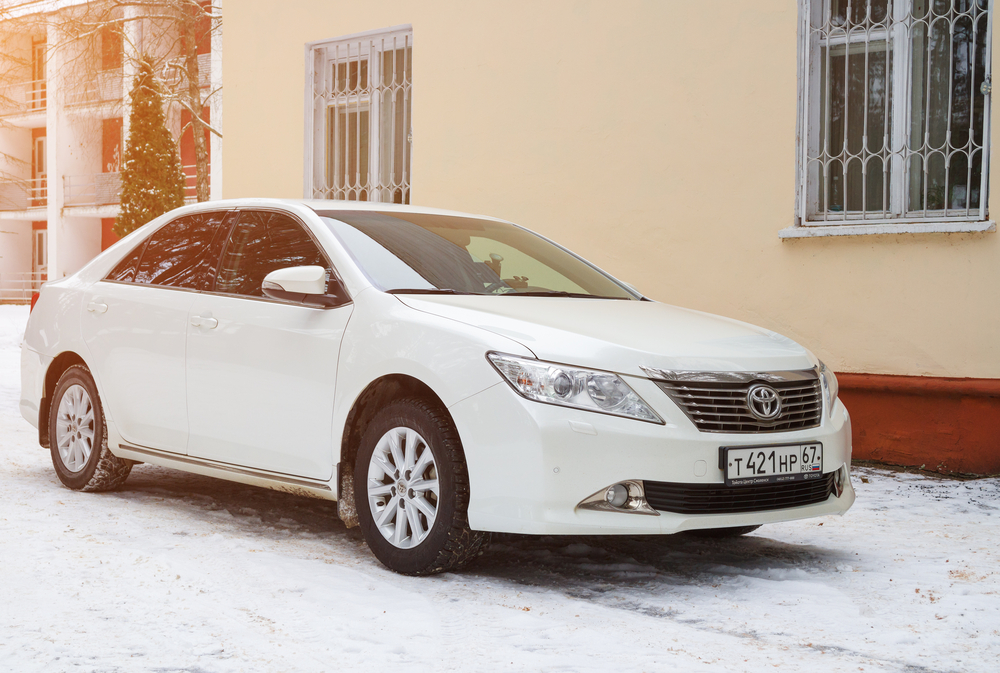 Back to Toyota for the fifth best-selling car, 378,210 drivers purchased a Corolla with all but 17,000 opting for the sedan model. Starting at $18,500, it has a 1.8 liter four-cylinder engine that can produce an estimated 36 mpg on the highway and has been designated at Insurance Institute for Highway Safety (IIHS) Top Safety Pick+ for 2017, which is no small feat. 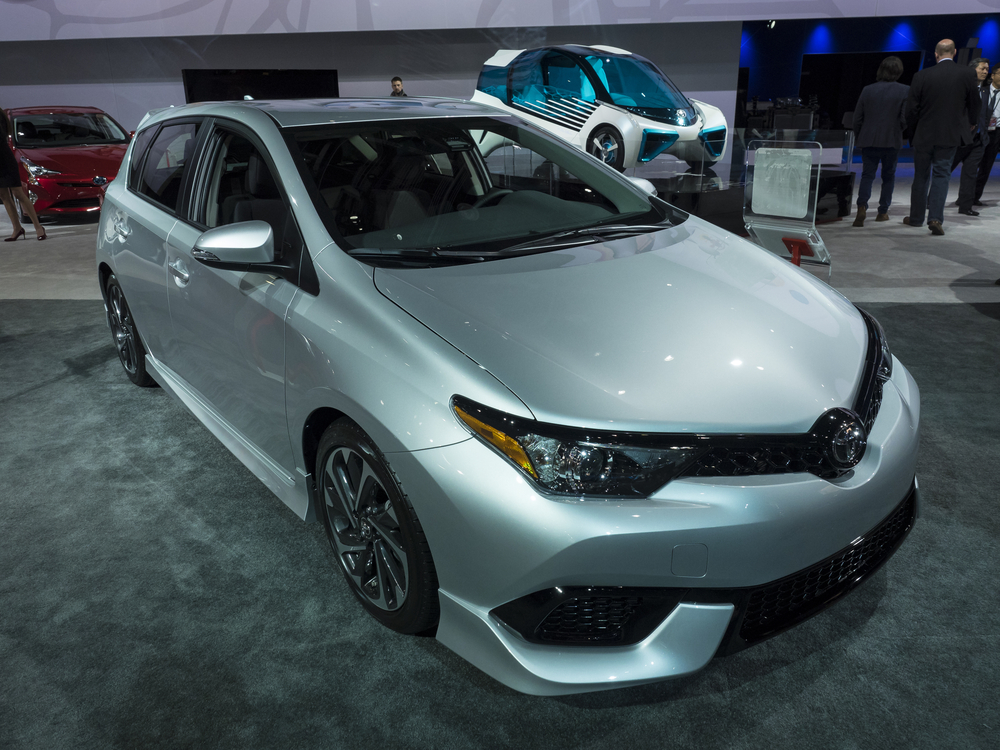 Just behind the Corolla is the Honda Civic, having sold slightly fewer than 367,000 cars. As with most Honda products, the Civic has nearly limitless optional features that can be added, but even the $18,740 base model has plenty of standard features, such as automatic climate control and multi-angle rearview camera. 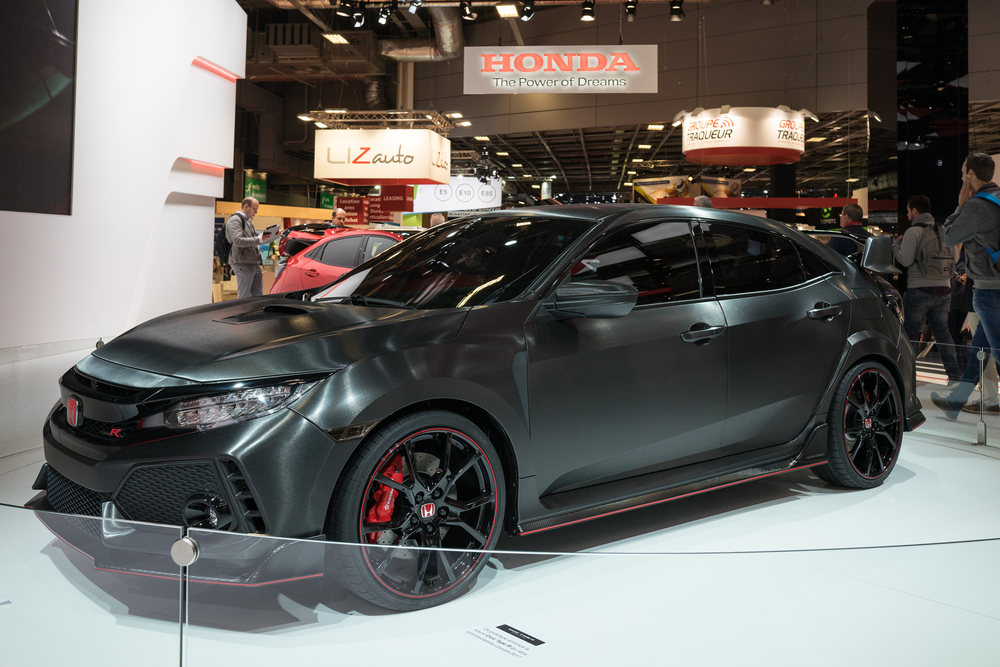 With 357,335 sold, the Honda CR-V is America’s best-selling small SUV. It comes equipped with a style and level of quality that only Honda can produce with the cargo space and functionality of a standard SUV for a starting price of just $24,000. With seating for five people and standard security features so advanced it seems like being surrounded by a bubble of invulnerability, the CR-V is the perfect suburban family vehicle. 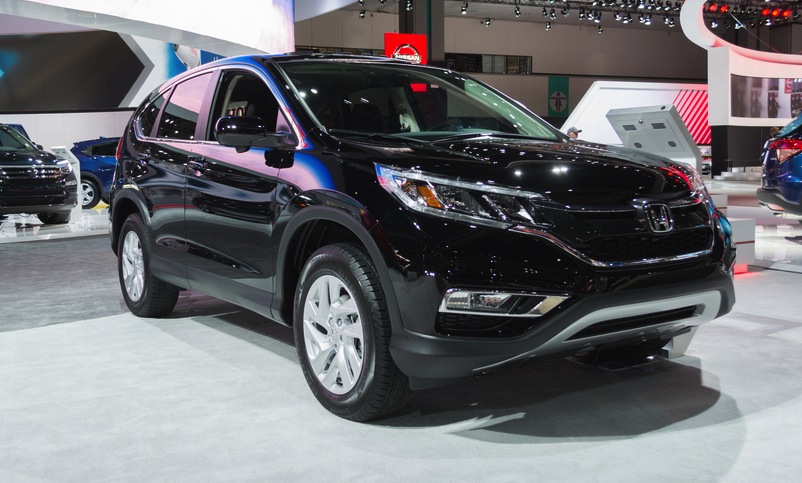 Last year, 352,154 people purchased a new RAV4, Toyota’s own SUV model. This IIHS Top Safety Pick+ starts at $25,000 and comes with a 2.5 four-cylinder engine which can do up to 30 mpg on the highway and 23 mpg in the city. Much like the CR-V, it is well equipped with a wide assortment of standard features but it will find itself just at home off-road as it is on. With up to 73.4 cubic feet of available cargo space and off-road suitability, this is a great choice for families and individuals who need to go to work during the week but enjoy going camping on the weekends. 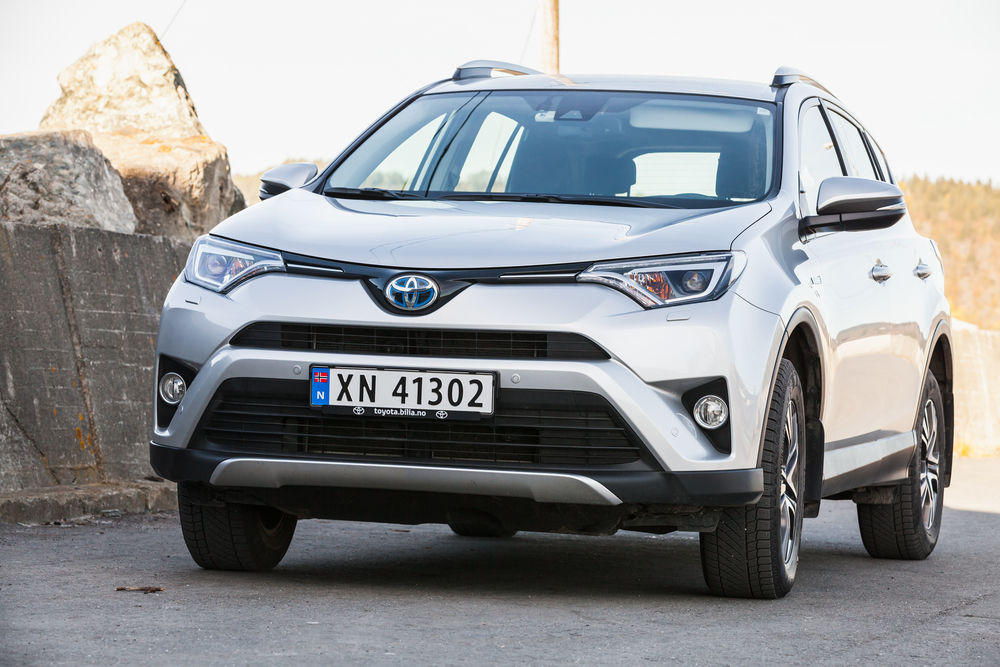 Honda sold 345,225 Accords last year. The base model starts at $22,500 and is powered by a 185 horsepower, 2.4 liter I4 engine with a 6-speed manual transmission and features hill start assist, dual-zone automatic climate control and an 8" high resolution LCD screen right in the middle of the dashboard. 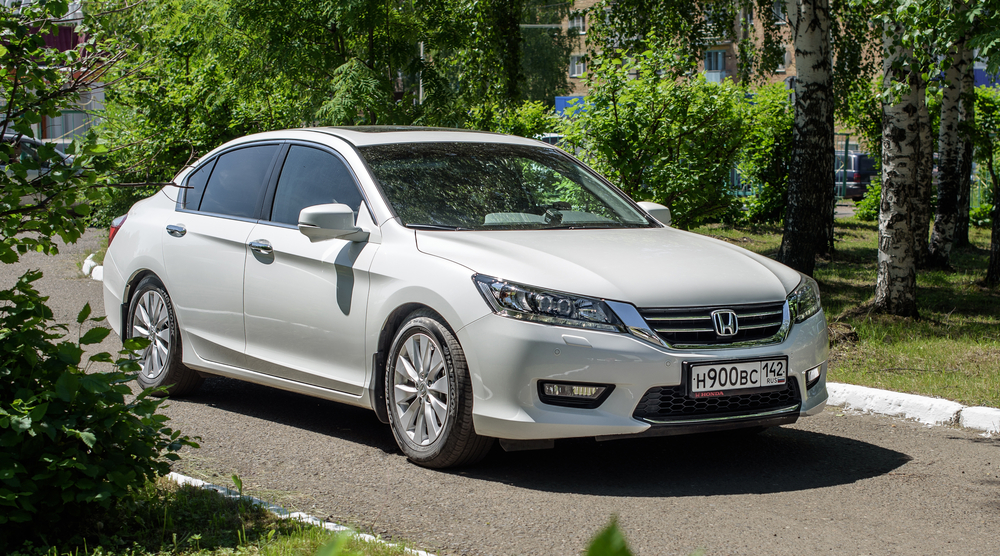 329,904 new Rogues hit the road in 2016, and the Rogue is already off to a great start in 2017, having sold almost 29,000 models in January. Starting at $24,000, the Rogue is designed to offer the practicality and equipment of an SUV with the feel, performance and fuel economy of a hatchback. The Rogue has a 2.5-liter four-cylinder engine which allows this SUV to reach 33 mpg on the highway and 26 mpg in the city. It also features a best-in-class 39.3 cubic feet of cargo room behind the rear seats. The seats can be folded down as well, adding to its already-generous cargo space and coming in handy for moves or trips. 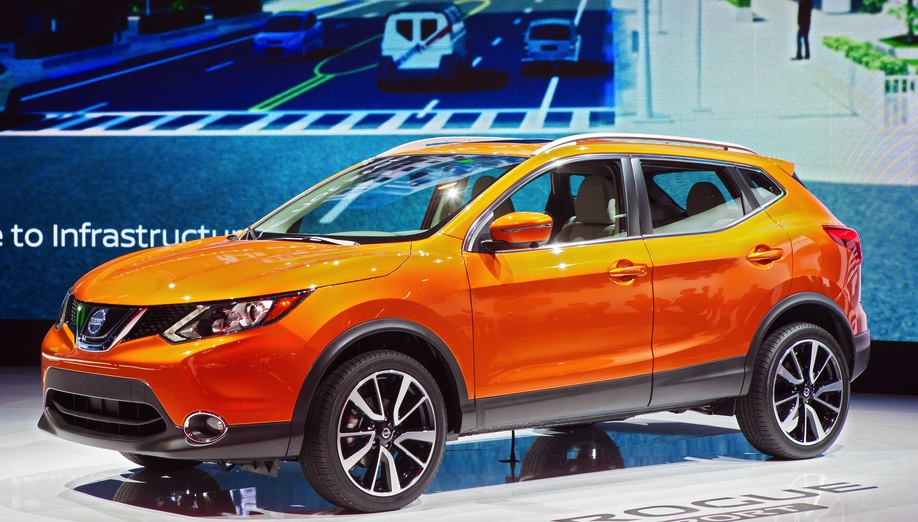 Nissan sold 307,380 Altimas, making it their best-selling car model of the year. It comes with an advanced drive-assist display, keyless entry, push button ignition and a 2.5-liter four-cylinder engine capable of 39 mpg on the highway and 29 mpg in the city. This cozy sedan has seating for five people with a cabin volume of 101.9 cubic feet, with 15.4 cubic feet of storage space available in the trunk. 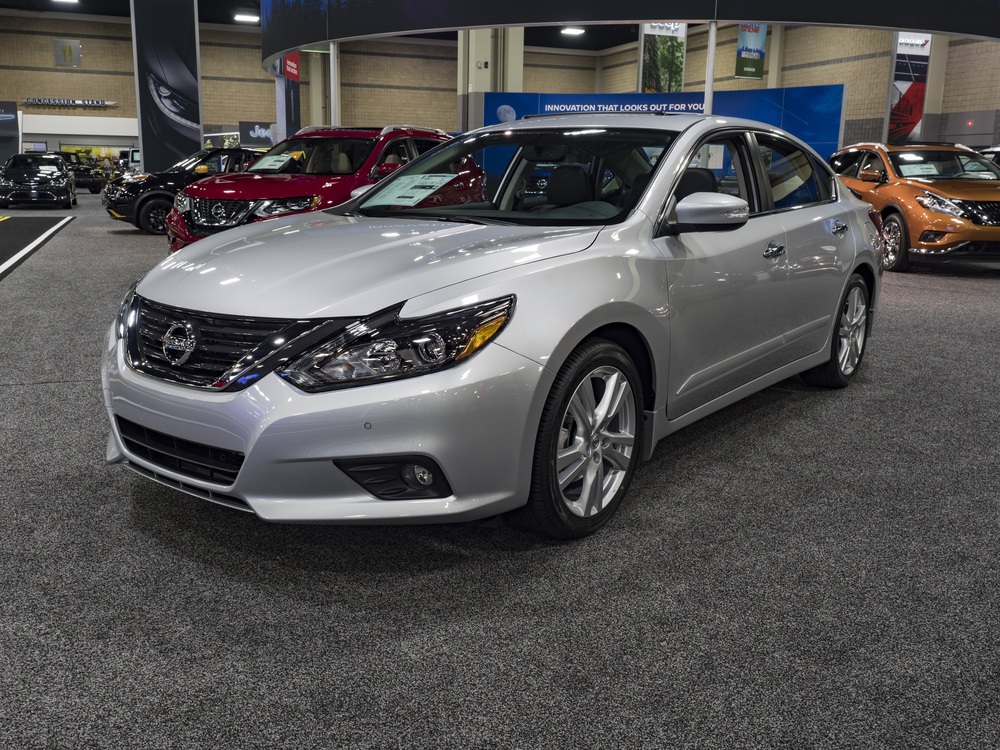